This is part five of my novel, "What Losing You Did to Me". To start at the beginning, click here. Right now a new section of my book posts every Tuesday and Saturday.
-----------


The first year seemed to fly by. You taught three days a week and I tutored. You went to family dinners and college events and came home smelling like expensive wine and aged cheese. I started a knitting club and made lots and lots of hats.

And we kept saving money.

I began to notice that you were tired a lot. Teaching must be more stressful then I'd imagined. I'd let you nap in the evening, watching the rise and fall of your chest, listening to the beat of your heart tick in perfect time to mine.

I found your first gray hair. Gray hair, at 20 years? Frantically I checked my own brown mane. No gray. And I was a year older then you. But, some men age faster...

I think we were naive.

And I think the walls were bugged. With magic. Or microphones.

They had to have heard our plans to leave. Or, your grandfather planned from the beginning to tear us apart. I was so excited to get out of this stifling place, this place of oppression and anger, to get off this roller coaster of parental emotions, that I wasn't looking for traps. I was only concentrating on you, and on our ever-approaching plans. I didn't know I needed to be on the defense, as well.

Oh, if only I could change that day. That fateful day, halfway through our second year, when you kissed me goodbye and left to attend another family banquet, telling me not to wait up for you. So normal, something that happened almost every weekend. I missed you as soon as you'd left, of course. The house just wasn't the same without you here.

A few hours later, I'd made a pie, and it was cooling on the counter when the doorbell rang. It was your sister, and she looked rushed and panicked, her hair a mess and her lipstick smeared. I cracked the door, keeping one hand on the lock, my foot lodged against the frame in case she tried to rush me.

She pushed at the door, grabbing for my hand.

"What? Whats going on? Is Aainn okay?" I said, making sure the door didn't open.

"I don't understand." I said. "I'm not going anywhere without Aainn." Something was clearly wrong, but all I could think about in that moment is that I needed to put away the pie, so it would be fresh for you when you returned.

I still cry about that damn pie.

"He doesn't know you anymore."

"He won't recognize you anymore."

"What do you mean he won't recognize me anymore?"  I suppressed my laughter. You would never forget me. That was like saying the sky would fall, or the moon would start going backwards. I mean, I barely knew your sister, and I was sure at that point that she hated me just like the rest of your family--but right then I thought she'd lost her marbles. All of them.

"I'll explain in the car." She must have seen my expression. "come on! I can't leave you here. I don't want to hurt you. Just come. Now."

I stepped out of our house, my mind churning. I'd finally heard the thinly veiled terror in her voice, a fear she was masking brightly, but falsely. Her face was edgy, clouded. And, anyway, she could take me to you, and clear all this mess up. Then I would figure out what happened and we would fix it and then we could leave tonight. Screw the money and screw your family. I resolved to make you leave, tonight, now, the moment I next saw you.


I wasn't expecting to run into another girl. There was a blond girl in Maieldryn's car sitting in the front seat, her legs drawn up and her head bobbing to your still-running stereo. She was slight, with light blond hair and cute dimples. I frowned at her. 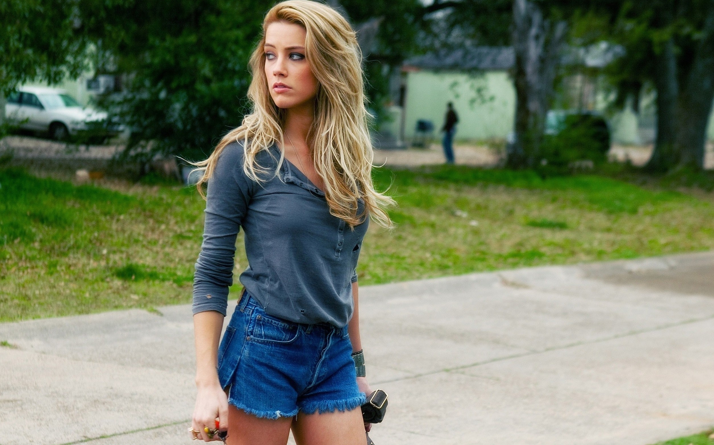 "You own me, Mai." She said, blowing a bubble with her pink chewing gum, before I could say anything. It popped on her face in a spray of pink, and she immediately begin blowing another one.

Mai nodded to her. "Who is she?" I asked, pointing.

"Nothing. Nobody. You." Maieldryn said, her breath all rushed. "We don't have time now." The girl wavered for a moment, and then I found myself staring into my own eyes.

"You know what to do." Blondie, who now had dark brown hair like me, nodded and trotted off to my house.

"Hey!" I yelled after her, "what do you think you are doing?" But Mai had my arm, and she was shaking it. "Not now. Come on. Aainn needs you."

I decided to go with Mai. I knew a mere glimmerspell would never fool Aainn, anyway. He wouldn't think for two seconds that she was me, without our link and our mind-speak.

But I didn't know you had already been broken.

Mai zoomed out of our driveway, her tires squealing.

"You remember Carri? The blond girl? Glimmer-spell yourself, now." I hesitated, then did what she asked. As soon as I was shrouded in her figure, Maieldryn visibly relaxed.

"I need to show you something." She said. "Whatever you do, stick close to me and don't do anything."

"But whats going on?" I asked. Real unease gripped my heart. This was no prank. Something was really wrong.

She hesitated. "I think it's better to show you. Just don't drop Carri's guise, okay?"

In less then five minutes we were pulling up your grandfather's long drive, the full summer trees flashing by under Mai's lead foot. She was frantically fixing her hair with one hand, before giving up, cursing, and uttering a short spell. Her hair magically sprung into a perfect updo, complete with little pearls nestled throughout the ensemble. Then her dress changed, becoming a rich shade of purple--it looked silk and even rustled as she moved. I would have admired her artistry and talent if I wasn't so scared.

I made mine green, with a simple A-line skirt, and put Carri's blond hair into an inverted waterfall braid. You always liked it when I wore green.

Mai waved to the security guards, and circled the house, passing the main parking lot that was loaded with fancy cars. It looked like a party was going on. There were balloons everywhere, and as Mai eased her car into the grass near the rear of the house, I could hear the tinkling of music and the hushed murmuring of guests.

"Carri is shy. Remember that. She doesn't talk much. Well, not here. She talks to me." Marieldryn said, all in a rush. She looked me over. "This is the entrance to my suet of rooms. We'll go up here and then down to the party. Stay close to me, Carri's been here several times and she knows the place. You don't, and it would be obvious if you got lost."

I nodded, and we both got out of the car and headed into the house.

Picture is from here. All my writing can be viewed here.