Keto What I Eat in a Day

I went keto for my gestational diabetes, and as I was struggling through the diet I couldn't find many what I eat in a day videos from people that were pregnant or that had diabetes. I wanted to show my meals to help others who might be going through the same thing--even if I suck at making videos and filming food. 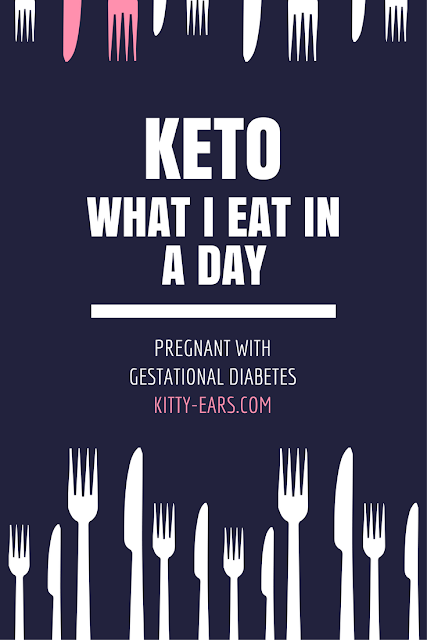 Here are two what I eat in a day videos from the keto diet (I do lazy keto, the only thing I track is carbs, I stay around 30 net carbs a day) showing what I ate when pregnant and with gestational diabetes. I filmed both of these in my third trimester! The keto diet was amazing for my gestational diabetes and really helped me control my numbers without resorting to meds or insulin. I am glad I was able to stick with it!

One thing to note-- in the first video I call what is clearly thai red curry "green curry". Oops.

I wonder if there is a phase of parenthood that is called "the sleep pit of hell" that every parent goes through as they attempt to put a toddler to bed.

We are in that phase now. 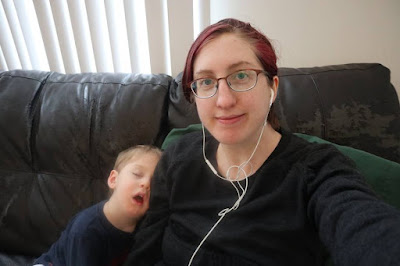 There is "before Rebekah" and "after Rebekah". Before Rebekah I nursed Reuben to sleep. I had unrealistic expectations that sleep "after Rebekah" would be the same as sleep "before Rebekah". I was wrong. During my pregnancy my husband and I gently transitioned Reuben out of our bed and into a crib in our bedroom. It was not too hard. I nursed him to sleep and placed him in his crib instead of in bed with me. Sometimes he climbed out, but often he did not. He even started sleeping through the night, something he has never done before! And I slept (as blissfully as a pregnant woman can sleep) sans toddler for my third trimester--the first time in two years that I had not had one little person curled up next to me. As much as I loved bedsharing, I knew (or at least I thought, see next paragraph) that I would probably bedshare with Rebekah and thus needed to move Reuben to his own space. I also assumed I would still be able to nurse him to sleep after she was born, so we didn't change that part of our bedtime routine. 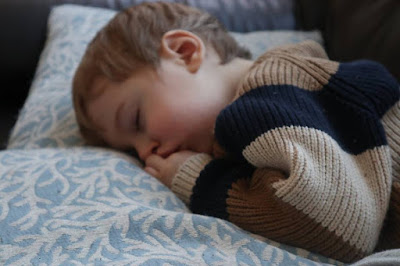 Cue the chaos of birth. I was away from my toddler for two days. This was the first time I had ever been away from him for that long. Even through he was with daddy he immediately sleep regressed when I arrived home. So, I had a newborn who didn't want to be separated from me and a toddler who missed me and also didn't want to be separated from me. Bed time has never been the same since.

First we tried daddy putting Reuben to bed. This resulted in him screaming for me for about half an hour before he fell asleep. It broke my heart but with a newborn there was nothing I could really do. I had to hold and nurse Rebekah. Nursing Reuben gives me nursing aversions (and if I had known this I would have weaned him before Rebekah came, but I didn't know this would happen) so I couldn't nurse him anymore. Those first two weeks Daddy held a boy who didn't want him and tried to get him to sleep. I kept thinking that if we just pushed forward and did the same thing every day he would eventually stop crying.

So then I decided to nurse him. I felt so bad for him. I would nurse Rebekah at the same time and it would really take all of the effort in my body not to cry from the nursing aversions. Afterwards when he did fall asleep I was angry, upset and grouchy. Although this worked for Reuben it did not work for me and was destroying my mental health. I only lasted about a week before I told my husband I couldn't do it anymore. Not to mention nursing him again made him ask to nurse 5043 times or whenever he saw Rebekah nursing, and cry when I told him no. That is not fun and also broke my heart. 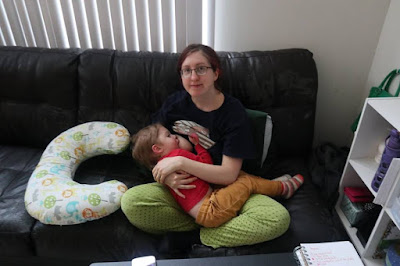 I would also like to say that from the moment Rebekah was born Reuben stopped allowing us to put him in his crib (so he is wedged against my back all night, with Rebekah wedged against my front) and he also has stopped also sleeping through the night. He wakes up now 1-2 times a night. Every night. I feel like I would be insane--execpt for Rebekah only wakes up to nurse 1-2 times a night. She's an amazing sleeper. I'd actually get some good sleep if Reuben slept!! When Reuben was Rebekah's age he woke up every 1-2 hours to nurse. I am not making that up. So, I am really grateful that Rebekah's sleep habits are set to "default normal"...for now, at least.

Since week three of "after Rebekah" we have tried various sleep routines to get our toddler to fall asleep. I mean, he should be tired by 7pm! He does not nap anymore and wakes up from 6-7am.

We have tried watching TV until he falls asleep. Rocking him to sleep. Making him lay down in his crib while one of us tells him a story. Cuddling him to sleep. Reading him books. Laying with him and letting him watch something on our phones. One out of three times one of these things will work. Two out of three times he cries and screams "to go downstairs" or wants to roll around and play. If we let him stay up he is extremely cranky the next day and whines all day and is very overtired--so yes, we even tried just letting him stay up. Which we used to do "before Rebekah" when he'd have a sleep issue 1-2 times a week, but since this is EVERY DAY we can't really do that. He needs sleep. And we need to figure out how to put him to sleep. 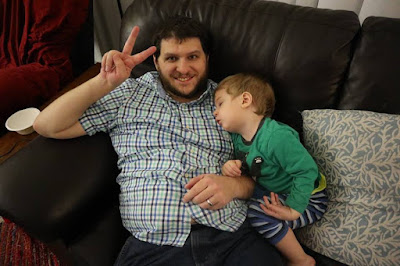 This week we are trying an audiobook. We all lay down together (him wedged against me) and put on an audiobook and listen to that. It usually takes 45 minutes until he goes to sleep. Then daddy picks him up and puts him in his crib so I can have some space. Until he climbs out and crawls into bed with me again, anywhere from 15 minutes to hours later. It always happens.

I know it's just a season. But I really wish there was a magic sleep method that worked and did not raise my anxiety from all the crying. Oh, the crying. Hysterical crying. You would think I was torturing his favorite stuffed Pooh doll in fiery heinous ways from all the crying, flailing and wailing that goes on. 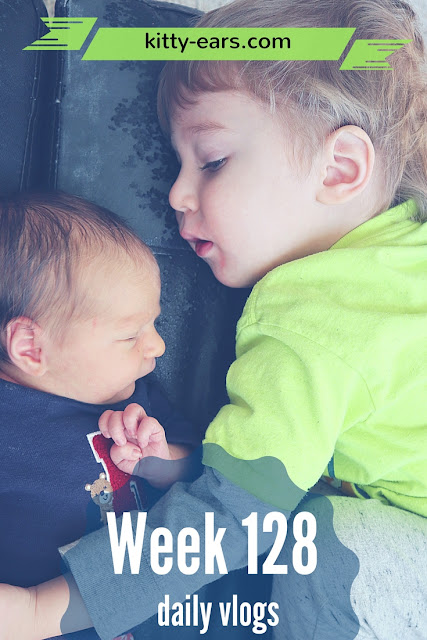 This week was really hard. Postpartum is definitely difficult and right now life is rough. But it is worth it and God is good. I need sleep. Also, learning lessons the hard way is...hard. 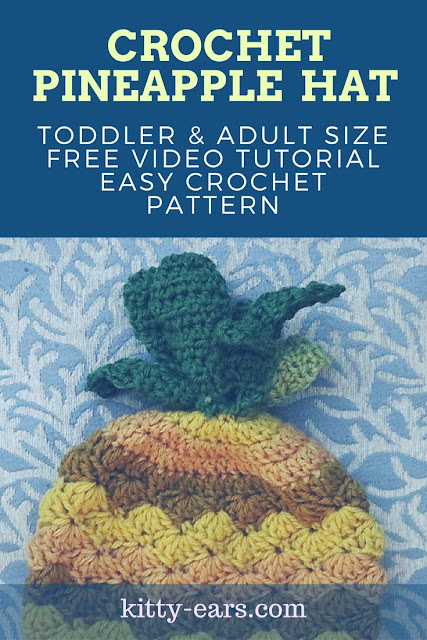 You can buy a copy of the pineapple hat PDF pattern for both sizes (adult and 2-3t) in my Ravelry store for only $3.99. There is also a free video tutorial for the toddler size on my YouTube channel in case you need a step by step tutorial or cannot afford the pattern. Good luck!

This pattern uses worsted weight yarn and a 4.5mm crochet hook for the toddler size. Download the written PDF here and view the video tutorial (three parts) below. 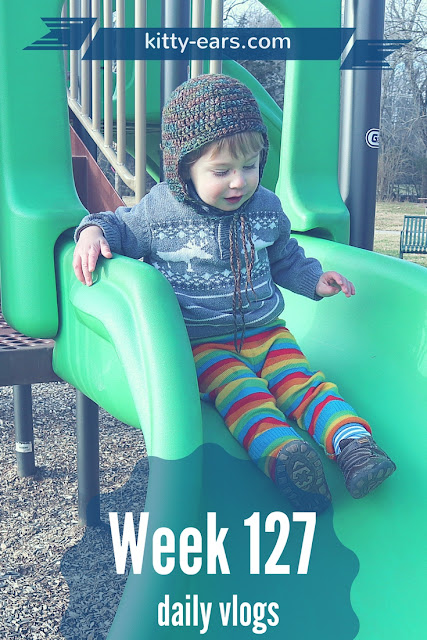 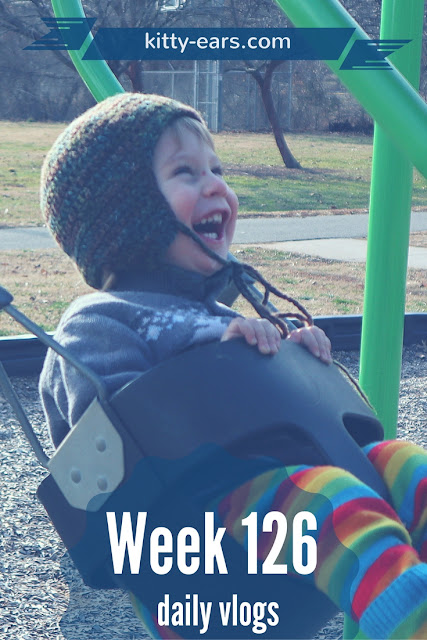 The end of Rebekah's first week of life and the start of her second! She really is wonderful. I am sleep deprived and nursing a lot, eating a ton and trying to manage a household on top of taking care of myself and two tiny humans! Okay, one not so tiny. But still miniature! Oh, the forth trimester...

I needed to revamp my knitting corner, especially with the new baby on the way! I wanted everything close at hand, but also semi-toddler/baby proof. I also was tired of my old way of storing my knitting needles and crochet hooks and wanted to simplify. I am very happy with the solution I found! 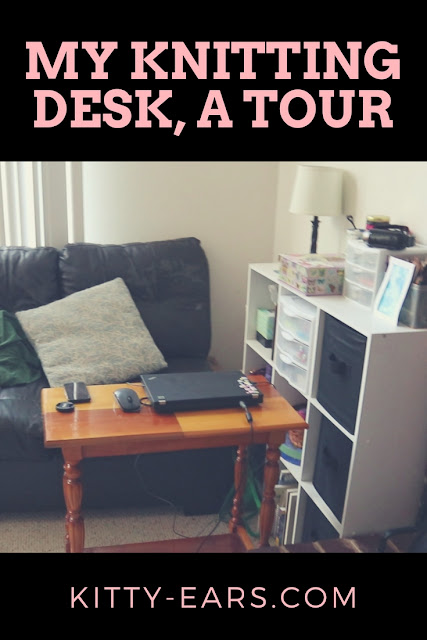 You can see what it used to look like here!

Six weeks (and a few hours) ago I gave birth to my little girl. She's growing up so fast! I remember when I gave birth telling my husband I was never having sex with him again and never having another baby. You guys. I now have baby fever like crazy. I want all the babies. I am 100% certain in a year or two we will try for another one! I mean, we don't use contraceptives at all, so it could be sooner--but nursing usually helps prevent pregnancy for awhile. I know I want to stop growing our family when I turn 35, so I have 3 more years. I can fit two babies in there. Maybe? 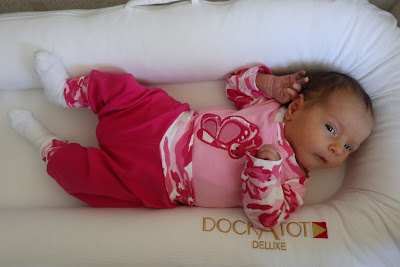 She's holding her head up, pushing with her arms to look around, and she LOVES the sound of big brother's voice. She's waking up 2-3 times a night to nurse (yes, I am so lucky) and goes to bed with me around 10. She naps once a day for about 2 hours--usually I have to babywear, but she stays asleep. Sometimes I can lay her down. Since my first baby didn't sleep at all (poor Reuben) and he woke up 4-5-6 times a night to nurse at this age, I am counting my lucky stars and soaking up all the sleep I can. I know leaps are coming and her sleep may change, but right now I am very blessed.

Showering is hard because she does not like to be put down long. Cooking while babywearing is a bit difficult. Reuben is a big helper! I still feel like I get nothing done but I know I get a lot done. Doing laundry is hard too. By the end of the day I just want an hour to myself with no tiny human attached to me! 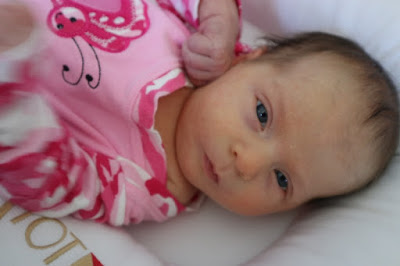 She looks a lot like Reuben when he was a baby. But a lot like herself too. Breastfeeding is going great, even if she has a tongue and lip tie. She does swallow a lot of air and gets very gassy, but is still gaining weight. She was 9 pounds at her last check up! Oh, I am so smitten with her tiny smiles... 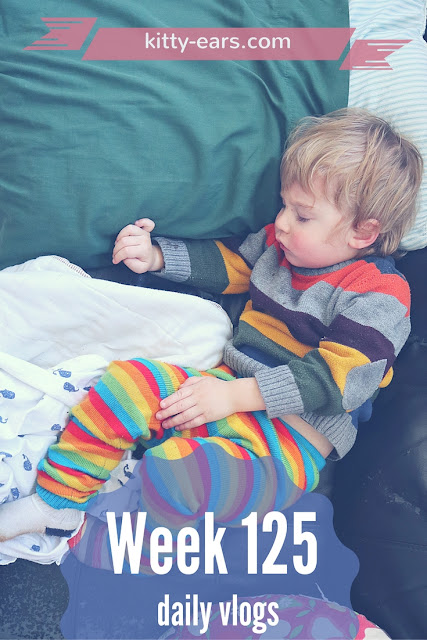 Our last week as a family of three and the start of our first days as a family of four. As you can imagine, I didn't film too much after birth as life was crazy busy. But my heart is full. We are still trying to figure out bedtime, tandem nursing, feeding ourselves and coping with a new tiny human and a toddler. Sleep is hard to come by but the sweet snuggles are all worth it. 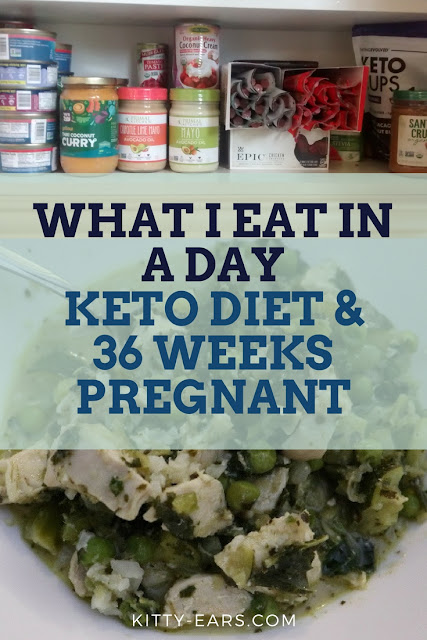 I filmed a what I eat in a day video while I was keto, breastfeeding Reuben (he's two) and 36 weeks pregnant. All dairy free keto except for my salad dressing!