I made another pair of baby leggings, this pair for my sister's new squish. I love them! (tutorial here) 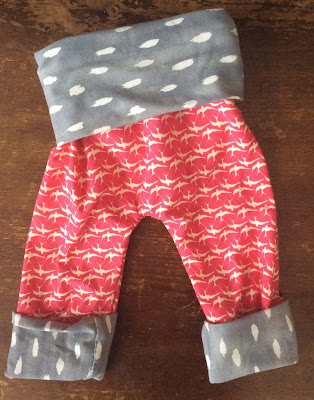 I really miss sewing, and I think I'm getting better, too. If only I had more time. Hah.

Why I Want to Homeschool

Why would I want to home-school? I've wanted to home-school my potential kids since I was 10. I really mean that. But now that I am an adult and actually have said kid-- apparently my desire needs some backing up.

Here are some things I've heard when I've professed interest in homeschooling Reuben:
Uhm. What? (especially number 3. I was livid). Anyway, after receiving these colorful responses I finally sat down and actually thought about why I have this overwhelming desire to home-school my children. 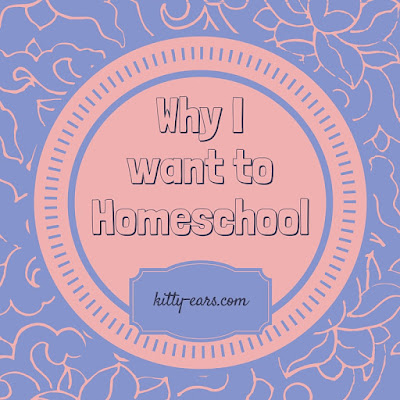 First of all it's not academic. My kid can learn to read, write, spell, and do math at any school in my area. I am not homeschooling because I somehow think I am "better" at teaching him.

It's actually quite complicated to explain my reasoning. First of all, life is so fleeting. I only get one chance at raising Reuben and I want to give it my all. The thought of sending him away from me for 8 hours a day when he is just going to grow up and move away (perhaps states or even whole continents) just does not appeal to me. I want to treasure the time that we have. I want to experience his life with him while I can before he grows up and gets his own life.

I want to be the one to teach him to tie his shoes in kindergarten. I want to show him adding in first grade. I want to trek though the middle ages with him in second grade. (or whenever we decide to do that era) In short, I want to raise him. I'll have enough time away from him when he grows up and moves.

Mr. Adventure and I are blessed to be able to survive on one income. I love staying at home, and the desire for homeschooling comes naturally to me. I am so excited about it. Will it be hard? Of course. Will I love ever second of it? Of course not! But I believe God gave me Reuben for a reason, and I want to cherish every second I get with him.

And that is why I want to home-school.

Leggings for the Cloth Diapered Baby

Finding leggings that fit when your baby has a diaper stuffed with prefolds can be a little hard. Most leggings are designed for slim disposable diapers! 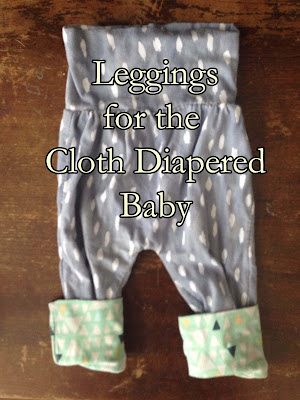 I made this legging pattern to fit my son's large cloth diaper butt. They are really easy to make--all you need is some jersey fabric and a sewing machine. These leggings are for 6 months to 1 year or beyond, and are also called grow with me leggings because of the way the cuffs are designed (they can be straight for a longer baby or curved up for a younger one, like my baby). Good luck and happy sewing!

Today is the first day in months I've woken up feeling rested. It was a wonderful feeling. I realized how rare it is these days for me to actually get enough sleep. Since he was 4 months old, Reuben wakes up anywhere from 3 to 6 times a night. Sometimes for nursing, other times he just cries out in his sleep and wants to be held. It is a season, a tired season.

Last night I think he woke up three times, twice for nursing and once just needing a pat or two on his back to fall back asleep. We bed share, so sometimes I don't quite remember waking up, since all I do is roll over. 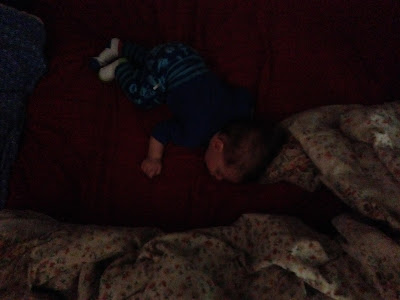 I finally want to talk about whatever it is I've gone through the last few months.

I've been sad. Even around my friends I don't have the energy, often, to be cheerful. I know they have noticed; a few have said something to me. It's bothered me. I don't want to be sad. I want to have energy and I want to treasure the time I have with Reuben, not feel like I am constantly fighting myself and the world.

One of the biggest changes I have noticed is my complete and utter contentment in being a homebody. I used to go out every other day, or I'd feel stir crazy. Now I maybe go out on my own once a month (not counting church and grocery shopping). I love staying home. The thought of trying to go out and do something sounds exhausting and feels me with a strange sense of anxiety. I love nesting and I've never been more content with just staying home and puttering around my house with my baby. I didn't leave the house once this week and it was glorious. We even missed church because Reuben started teething that day and was up every hour rendering me into some kind of zombie for awhile. Poor kid.

There are other changes. Some to complicated to put into words. I know every season brings new things, but last year was a whopper.

One of the defining moments in realizing I was sad happened a few weeks ago. It was a particularly bad night, I was up and down a few times. To make it all much more wonderful, Reuben decided to wake up early for once and was up at 7am. (he usually goes to bed around 10 and wakes up promptly at 9:30) I decided to just stop fighting my awake baby and I got up with him. We went to the living room and he played for a hour where I stared in that dead sleepy state at my iPhone wondering when I would ever get some sleep. Daddy, of course, slept though the whole thing and I could hear his snores from where I was sitting.

Well, Reuben eventually wanted to nurse. Side laying nursing is hard for me, so I scooped him up and we sat on the couch and nursed. He fell asleep in my arms. And I was so thirsty. I kept hoping my husband would wake up and get me a drink. I remember feeling really upset that he was sleeping and I was awake. I wanted him to get me a drink of water. I was so thirsty and tired that I stated crying.

At that moment I felt so alone and isolated and also mad at my husband who had slept so well through my hard night. I mean, sometimes my husband still takes a 30 min shower in the mornings while I hold a upset or grumpy baby. I have, many times, been very angry at him while waiting for him to "take his turn".

But when my husband did wake up that morning he was met with a very unhappy wife. Instead of just going in there and waking him up like I probably should have done if I was feeling so overwhelmed, I let him sleep and simmered in my anger and resentment towards him. This was when I realized I had a problem asking for help, and when I also realized that raising a baby is not in any way fair or 50/50. And my husband and I also realized he struggles with still using his time selfishly and needs to be more aware of my needs.

We all have our struggles. Raising a small human is not easy. But God has been good to me.

One of my new years resolutions is to try and be less sad. I want to have the joy of the Lord in my heart. Here is to a new 2016, and to finding out what having a mobile baby is like.

Gluten Free on a Shoestring You can download the meal plan here and watch the cooking videos below! Enjoy, and noms.


I made the red lentil soup again tonight, it's my favorite!