I will say that I pondered the unthinkable. I knew I could turn and walk right back out on that balcony to face the setting sun. I could drop my guise and scream your name to the wind, scream it with all my heart and mind and soul. And every guest would see me. Silence would fall, glasses would be lowered, their faces would turn upward, one by one, drawn to the windy women standing on the balcony, 5 stories up.

Perhaps your grandfather would try and pull you away. Perhaps people would start to run. I wouldn't know, because my eyes would only be on you. My gaze would never leave your face until I hit the ground.

Until death took me.

Shortly after the fall, after I died--you would remember. And I knew you would weep then.

But my death would also claim the life of your grandfather. Because right now our all magic was entangled, as your life sustained him. When I died, all the magic would seep out of you because we are bonded. It would seep out of you and then the black bond would be useless. And your grandfather would probably die, as his main ley line was drained by my death. Your father was now old--there was no way just his ame could support Rein.

And you would be left with your memories to live a life without me and without magic.

I don't know if that would be better or worse. 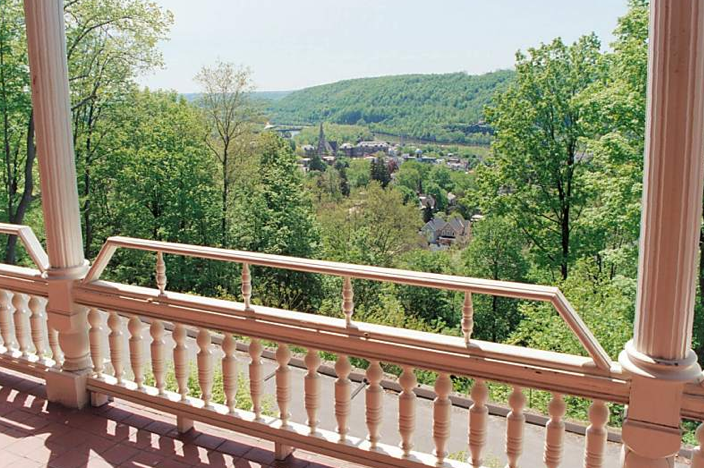 The balcony was just beyond my reach. My thoughts made my heart race, the sound of it drowning out whatever it was your sister was saying, whatever meaningless words she was mouthing in her attempt to make sense of the situation.

In the end I couldn't do it. You must know that, since I'm writing all this down. I still thought that maybe we could be together. Maybe there was some way to break your grandfather's spell without killing myself.

I knew there wasn't much time. Probably before the night ended our bond would dissipate, blown away in the wind like it never was. Our kisses on the beach, gone. Our whole life unraveled before your very eyes. No house. No late night snakes at the diner across from our complex. No after dinner movies. Everything. Gone.

And now the paper is all wet. I know it will dry before you ever read this, but right now its sopping and I can't see.

There, in your sister's room where I was thinking such thoughts, reality, like a sudden downpour of torrential rain came rushing back. The guests continued to murmur outside the window. The band played on. The sun also had gone down, slipping away like the last fragments of our life. Your sister was pacing, muttering to herself. And I was still alone.

We both jumped when her phone rang, breaking our individual silence. It was Carri. The deed was done. The henchmen had let loose the bottled spell around our house. They had removed Aainn's belongings.

Mai passed the phone to me.

"The implanted memories put you here doing three semesters of tutoring." She said, her voice strangely clear on the line. "I tried to read everything in the spell before it slipped away, but I couldn't see it all."

So, she'd lost most of the information. And the spell hadn't worked on her. And the henchman hadn't even spoken to her. Yet I did have questions. Questions I couldn't voice right now.

Like, how would he deal with the people who had seen Aainn and I out and about? Pass it off as a fling? I realized suddenly that I hadn't talked much about my situation to any of the students I was tutoring. Had I ever told any of them I was paired? No...thinking back now I realized I hadn't.

And Aainn and I hardly ever went anywhere together, due to all his grandfather's restrictions. I shopped while he was teaching. He went to all these parties by himself--none of his family knew of me, besides his Mom, Dad and Sister. And because we were trying to save every penny, we had rarely even been out to eat on the free weekends we'd had together.

Another thought: Did his mother and father give Rien Durithean their blessing to strip their son's mind of me?

Or die trying. My thoughts racing, I absentmindedly handed the phone back to Mai.

I couldn't change what I didn't know. But, what did I know? What could I do? I could leave. I could go back to my house and pack my things and get out. Out before they found I still remembered.

Or I could stay and live in our house with our memories without you.

Neither of these two options were appealing to me. However, staying would probably be fatal. Not to my life, I knew Rein couldn't touch that for fear of his own. But once he found out I still remembered--and he would find out if I stayed--there were worse things then death. Above all I must protect our memories, or all hope of ever being together would be lost.

"What are you going to do?" Asked Mai, pocketing her phone.

"I don't know." I said. My voice sounded wane and thin. How odd.

"I..." What could I do? Where could I go? Back to my old college with it's familiar halls? No, I knew that place. And when I had known it I had been with you.

I couldn't go back.

"Come with me." I asked Maieldryn.

"What?" She said, eyebrows raised, her foot poised to back away like I would strike her.

"Come with me. Leave this place and the mind games and come with me. Help me figure out a way to free Aainn." I stood, my legs finally free of the bed, and walked towards her.

"No, I couldn't." She said. Only a few seconds had passed.

"Why not?" I felt like a dangerous thing at that moment, as if a feral part of me had awoken--no--clawed it's way to the surface.

"Because I know how to play the game." Mai said simply. "I know not to tell who my pair is."

I realized then she had probably considered running away many times. Her voice lowers. "I got into college. In the south. But unlike Aainn I have my parents and grandfather's blessing to attend."

She definitely didn't have a black bond if her grandfather would let her leave. If he was even her grandfather. "I am getting away, but I'm going to do it with my parent's money." She finished, eyes adverted.

I let my hands fall to my sides.

On the drive back I asked if your parents were paired. Of course they aren't. If they had been your mother would see the horror of what her husband was chained to.

Mai told me that in your family the firstborn are not allowed to pair. The heir must look after the college, and therefore he would need to retain his magic if his wife died. Firstborns among the Durithean family do not ever share their truename. They mate in body only.

I shudder. A lie to hide your grandfathers black deeds.

Marriage, Mai says, in her family is not really about love, but more about political alliances.

"My parents, besides appearing a social functions, don't spend that much time together." She says softly. I can hear the pain in her voice. "I remember when I was little that my dad used to lock my mom up in her room. We wouldn't be allowed to see her for days."

I don't know what to say to that. The silence that fills the car is both strained and calm. I want to break it, but yet something holds me back.

We arrive at my house to soon. My guise as Cari was long ago discarded, and I am limp and pale.

"You know I can't." Mai said. "And you also know we can't be seen together again."

I know, and I feel relief. Mai is only a reminder of something I no longer have.

"Thank you for helping me."

"I was only trying to undermine my grandfather." She says. "I learned early that the best way to counter him is to work indirectly and in secrecy. I relish any small revenge against him, because everything we love he turns against us in the end."

Bitter words. And truth, at last.

All my writing can be viewed here.