How we Handle Contraceptives

I've been reading a lot of contraceptive posts lately so I thought I would address the subject myself!

*Please keep in mind that I'm not a doctor. All I can do is give my own thoughts on my own experiences with contraceptives. Its up to you to make your own decision, about what you would like to put/not put in your own body. I'm not here to tell you what to do or make you feel guilty over something you have/haven't done :)

I've tried a few types of contraceptives, and to be honest, I've ended up hating all of them.

First I tried the pill. It made my feel nauseous for about two weeks, and after that it seemed fine. But then my ankles started swelling. And I started getting spider veins. My doctor told me that I have circulation problems in my legs and that the pill aggravates (as in, makes worse) this issue. He said I should not take the pill if I have this medical condition. It does say this on the bottle, but I had no idea I was predisposed to this before taking it.

So then I looked into the IUD. Please don't think I am judging you with what I am about to say. My doctor said that the IUD can sometimes cause a sperm and egg that have already met and formed a zygote to not adhere to the wall of my uterus. As in, the joined sperm and egg will be flushed out of my body with my period. Because of what I believe about life, and when life begins, I could not morally use this kind of contraceptive. If you use this, I am not trying to judge you. This was just my decision based off what my doctor told me. 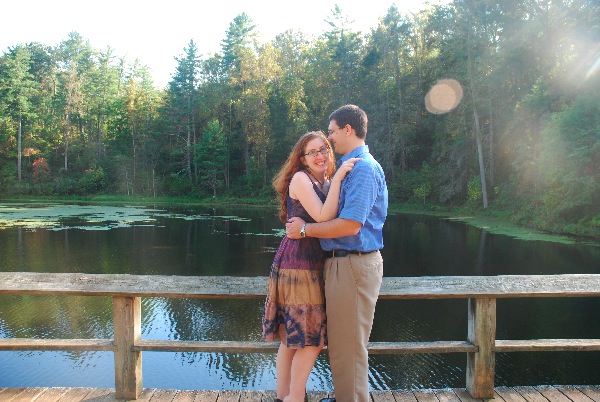 So, before Mr. Adventure and I married, we discussed my previous experiences with birth control. Yes, I realize this means I tried birth control before I got married. Thats a whole other topic, and involves my salvation story. Maybe one day I'll tell it. I told him under no circumstances would I take the pill because of how sick it made me previously. We decided we would use condoms and spermicide. To make a long story short, my husband dislikes condoms. So we just started using the spermicide. Turns out, the spermicide not only attacked me (not really the correct medical term for what happened) causing me a lot pain and discomfort; but it also contributed to helping me catch a nasty urinary track infection. I tried to cure the UTI twice with antibiotics before realizing that the spermicide was causing it. So this month I'm on my third round of antibiotics sans the spermicide. Hope it works, because I'm seriously tired of having a UTI.

This month we aren't using any contraceptives. Perhaps next month I will be announcing my pregnancy? Probably.

After I get rid of this UTI, I don't plan on trying to use any more contraceptives. I told my husband that when he is tired of me having babies he can go to the doctor and do whatever it is men do to themselves when they want to stop knocking up their wives. Mr. Adventure said that he would never ever let someone with a knife near his manly parts--but I'm sure if I end up having six kids in the next six years, he might change his mind.
This is the decision we made together after a lot of discussion and after visiting the doctor. I came to understand that when it came down to it, for me, the main reason I wanted to take birth control is because having a baby right now just doesn't sound like a lot of fun. It would inconvenience the way I want to live my life. Mr. Adventure and I are financially stable and 100% able to have kids--I just don't like the idea of it right now for purely selfish reasons. Once I realized that, it was easy enough to forgo the birth control and to give my selfish reasons up to God.

Maybe we will have kids, maybe we can't. I'm sure I'll find out soon :)