A Letter to my 16 year old self

Your boobs will get bigger. Don't worry.

Also, please remember to wear pants when the monthly fairy visits. You don't know what you are doing, and the world will thank you. The desk in 5th period English will also thank you. Think dark, baggy pants. Got that? Good.

Another thing. Your mom is not out to ruin your life. She actually loves you. And, she's not "being mean," she's actually attempting to teach you life skills such as laundry, cooking, cleaning, and gardening. So stop whining and listen, because she knows you'll need these skills one day. Your boyfriend's hot pink bed sheets (that were white) will eventually teach you this, but they also cost you $50 to replace, so listen up. It's important.

You will regret listening to that Evanescence song on repeat. Yes, it's still stuck in your head 12 years later. Also, you can't listen to it without giggling like a fool now.

Don't even think about trying to flirt. You look like an awkward turtle whose having a badly disguised seizure. Just. Don't. Do it. There is plenty of time to figure this out in college.

Contrary to popular belief, your siblings do not exist so you can borrow their clothes.

If you can go to the mall by yourself you can call and make your own dentist appointment. You can also order your own taco bell at the register. Don't hide behind your mom when she asks you to order for yourself. It's not rocket science. The guy at the register does not care that you are shy or that you think he's cute. He just wants his $5.50 so he can buy weed later. 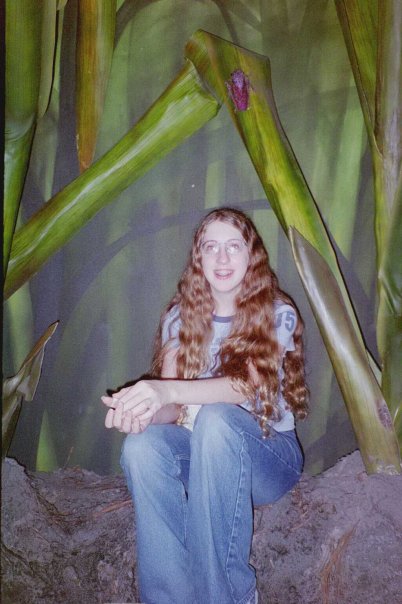 Those two girls who pick on you every day? One is bulimic. The other one is just a jerk. Some people are like that. But you won't find this out until college. So disregard them and their Victoria Secret underwear. You aren't ugly and who cares if your unmentionables are just from Walmart?  Pray for them and mind your own business. You marry an engineer, anyway.

Don't worry about what other people think of you. You can't please everyone. It's okay.

When your mom asks you if you want to see the Matrix: Reloaded, just say no. It has the most awkward sex scene in it and you don't want to endure all ten minutes of this next to your mother. Say no. Later you'll realize it was pretty embarrassing for her too. Suggest the Pirates of the Caribbean movie instead, both of you will have a better time.

You are about to get your braces removed. Sadly, your teeth are going to be permanently stained for the rest of your life. When the dentist lectures you about not following the rules, don't try to tell him you did, actually, follow the rules. You gave up popcorn for 4 years. And eating whole apples. Trying to tell him you don't drink coffee or eat sweets (really) won't work. You even brushed every day! Was it all for naught? Well, whatever you say--he won't believe you. Even if you drag your mom into the room. He'll just shake his head and say something about teenagers while casually offering some type of laser treatment that cost $10,000 a session and makes your mom turn green. Later you'll find out that stuff they gave you every Wednesday in 5th grade was not actually for drinking. You were supposed to gargle it. Congratulations, you have fluoride poisoning.

Lastly, please try to remember for more then two seconds of the day that the world does not, sadly, revolve around you. Now go do the dishes and hug your mom.