My story is a little bit odd, because although I was raised in a Christian home and even attended a christian high school and college, I was not saved until the age of 25.

I met God not at a specific time or place (I don't even remember the month it was in) but what I do remember is the change.

Every prayer I prayed before I met God simply consisted of me asking God to change things in my life because they caused me pain or made me uncomfortable or were bothersome. All I ever did was plead with him to fix my life to stop being crazy or dull or hard or empty. To give me what I deserved. My prayers were not humble, rather they were accusatory and demanding, mostly me telling God what he was doing wrong and how he could fix it. To be honest, I really only prayed when something was wrong or when I needed something. I hardly read my bible, and I excused my sin and thought of myself as a good person. And I attended church weekly, as well. I thought I was a good little Christian, not like, you know, a murderer or something, and besides I had a steady boyfriend who I loved--so of course what I was doing wasn't wrong, because we would get married eventually, right? At least I wasn't having one night stands. Or so I would tell my mother, when she would gently try to tell me what I was doing was wrong.

Anyway, so God let me have my way. He let me basically live with my boyfriend. He gave me everything I wanted, and more. And yet I never felt like I had enough. I never felt whole. And having what I wanted when I wanted it didn't make me happy--it actually destroyed my life. I won't go into details, but the boy I was dating cheated on me and was very emotionally abusive. Don't think I was just the victim here, because I was manipulative and angry and also cheated on him to "get him back".

You see, I only wanted what I wanted. And what I wanted, what made me feel beautiful and worthy, was attention. I know my desire for this was part of my upbringing, because as a child I was largely ignored. I never in all my life can remember receiving the good type of attention from a man, as in, attention that was given to me despite the fact that I was beautiful or despite the fact that they wanted something from me. Attention made me feel like I wasn't worthless, made me feel like I mattered. And the fact that I was pretty enough to garner this attention also made me feel powerful and better then those around me who were not, at that moment, receiving said attention. Something in me just needed to feel validated, to feel worthy.

I won't blame my bad decisions on my inferiority complex, through I knew it was part of the underlying problem. I know full well that I, and only I, made those choices. I know that at any point I could have stopped. But I was out of control. I had created a world I no longer had control over, full of lies and half-hidden truths and an angry, unforgiving heart. I didn't know what to do or how to change and I hated myself and what I had become. I was a puddle of anger and resentment as well, due to many other life situations.

That's the back-story. All that I just described above happened in the forth year of me dating this young man. Along the way I met some people who tried to help me, but I was too far gone and delusional to be helped much.

Anyway, near the beginning of this summer I met God. Well, I won't say I had anything to do with it. It is more like God put his foot down in my path and I ran right into it. I didn't want to run into God. Actually, what I wanted was to make my boyfriend stop crabbing at me and to marry me, because we had dated for four years and what the fudge was taking him so long? But God had other plans. My boyfriend left me. Or I left him. It's kinda confusing at this point. I realized that I had ruined his life. I realized I had not shown love to him. I also realized that he needed me to get away, because he also needed to find God. I was certain that because of the mistakes we had both made I could never trust him again, and I didn't want him to trust me either, because I suddenly saw my own terribleness, and I didn't want to hurt him anymore. I didn't want to hurt myself anymore.

I left. My now non-boyfriend called me hysterically for awhile. I stopped answering. He eventually stopped leaving me mind-numbing-heart-crushing voice mails. There was even one time he showed up after work with a ring and I spent the whole night crying in my car.

I told my mom to talk to him, because I just couldn't take it anymore. At this point I was so bewildered and lost that I didn't know up from down, I just knew I had to stay away from him so that we could both find ourselves in God.

He stopped calling. I started reading my bible. I was actually scared. I'd spent all my life thinking that because I'd mumbled a little prayer one night when I was five that I would go to heaven. I was wrong. My heart hadn't changed at the point those prayers were uttered. My heart was now changed, but I was so broken. I wondered if I'd ever be able to function again, because all I could do at the moment was go to work and come home and cry.

Time passed. I tried to get to know God. I felt so unworthy of Him. Here I was, covered in sin, my very vices exposed to the world. I knew I could never ever go to heaven. I knew I was not, in the least sense, a good person.

I repented a lot during those months. I still repent, even through I know God has forgiven me.

I let go of my bitterness. It was like a great weight, gone.

I let God be my all. And I learned to laugh again. I learned to love again. I met my husband, a man who will listen to a sermon with me at night and read his bible in the evenings and who loves to go to church. A man who I see a wonderful desire for God in. He has his past, same as I have mine, but none of that matters, because we are both saved by God. I've never loved anyone so much as I love my husband, and I am in total awe of my husband's patience and forgiveness and kindness. He is a man who waited for me, who waited for his wife. A man who is honest to a fault. Most of all a man who is allowing God to heal him, as I have began my own healing.

I've learned I don't need the attention of any person to fulfill what God has already fulfilled in me. I don't have that desire anymore. It's so freeing. I didn't realize what a prison I was in, what a box I had placed around myself.

You might want to know what has happened to that boy I dated, so many years ago. He found God. He apologized for abusing me, for hurting me and not honoring me. And I have forgiven him. I know he has also forgiven me for the wrongs I committed against him. During our whole relationship we might have read the bible together two or three times total. But I know now that he regularly leads a bible study, and not only reads God's word, but is teaching it to others. He is changed. I saw him once at a coffee shop not to long ago with a friend. He is a totally different person, as am I--and it is wonderful. There is no anger or bitterness between us any longer.

And I rejoice in God. 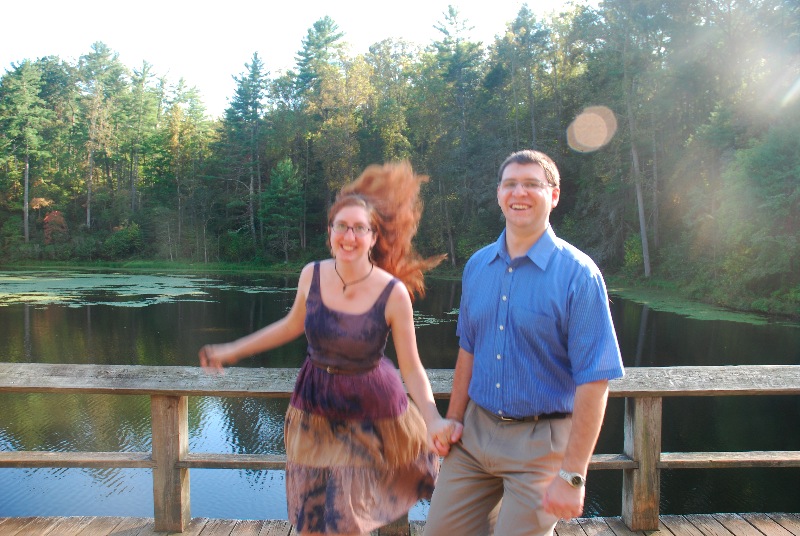