Last week I received confirmation that I'd lost another pregnancy.

I mean, first of all, it is hard to grieve publicly for my baby because many of my friends and family were unaware of my pregnancy. Since I previously have had two miscarriages, we decided to wait as long as possible before telling anyone. I only told a few close friends and my immediate family. 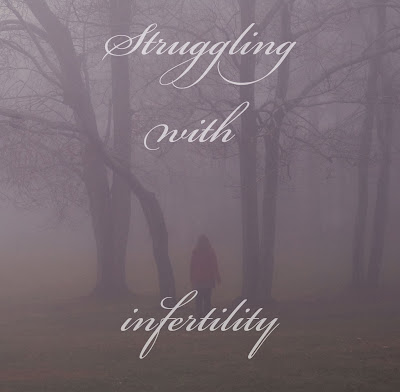 Another struggle I've been having is how absurd I feel even mourning my lost child. I'm not quite sure how to put this into words. My baby only lived a little over three months. I never heard her first words. I never helped her put on socks, or nursed her, or even felt her move. What right do I have to grieve when all over the earth children are dying in their mothers arms? Sometimes my sadness just feels trivial, say, to the mother who lost her 6 year old to cancer or the family whose only son was killed by a drunk driver.

But I know that my pain does have a place in this world, and that it is something I have to work through. It's not trivial, it's just a different kind of pain. I wish I'd had the chance to meet my baby.

Yes, I felt ashamed. Why did my body expel this child I wanted so much? Was it something I did? What is wrong with me? At first I didn't want to tell anyone, because I was terrified it would somehow change the way they saw me.

Perhaps my fear was brought on by the roller coaster of hormone spikes that come with miscarriages, or perhaps it was a deeper heart issue--but all I know is that I wallowed in my humiliation for awhile, before surfacing from my ocean of shame to began my swim to solid ground and healing once again.

This miscarriage was not my fault. I eat impeccably well. I don't smoke, I barely drink (and stopped completely once the Mr. and I started "trying"). This is not my fault. Sure, something anatomically might be wrong with my body, but nothing is wrong with me. And I have nothing to be ashamed of. Many women suffer with infertility and I would never think any less of them, so why would I ascribe that status to myself?

This is no longer the 18th or 19th century, where the worth of a women was measured from her beauty and her offspring. Nor should a women, no matter what century, be measured that way. So I definitely shouldn't measure myself this way! And I won't.

I still wonder if I'll ever experience being a mother. But I know I'm not going to let my pain or grief get in the way of enjoying my marriage and my life as a wife, blogger, seamstress and knitter to the fullest. No matter what happens.