I don't know if people who follow my blog also follow my YouTube channel, but if you've noticed I've started posting a lot of my videos on my blog. At first I wanted to keep things separate so people that followed both my videos and my writing were not annoyed by seeing the same thing every day. But I am having a hard time keeping up with writing blogs and making videos, and thus I am going to be posting my videos on my blog from now on.

Last week I filmed all my lunches (well, four of them). Guys, I love food. I was so tired of hating it in my first trimester--it's so nice to be back to enjoying the idea of cooking and eating food! 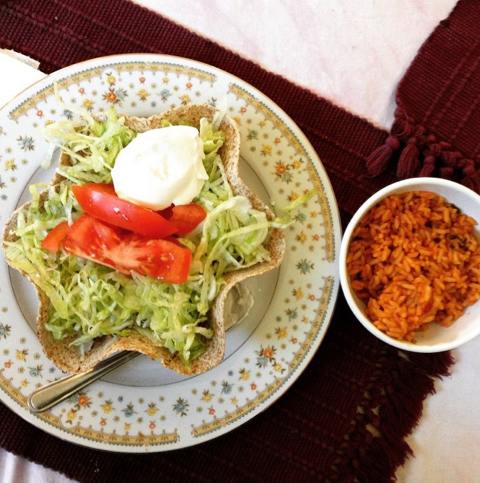 I've been experimenting with meal planning as well. I'm trying to make two week meals and besides buying lettuce and fresh veggie toppings weekly (I eat a salad almost every day) I want to get into the habit of doing a big shopping trip only once every two weeks. So far it's been working. We've been doing it for 2 months now and I love it! Also, I write down each meal plan so I can revisit them in the future. It's really nice to know what I am making every day so I don't have to panic and search frantically through my cupboards. Does anyone else meal plan? I originally became interested in it after reading my friend's blog, "bam". She posts her meal plans every so often.

Watching this video may make you hungry. Just be warned. Thinking about food makes me hungry, but I'm growing a human so I have a free pass to salivate at the thought of rice noodles. Plus, this is food I eat all the time!


What did you eat this week?