Another title for this article could be: "Are Christians Mormon?" 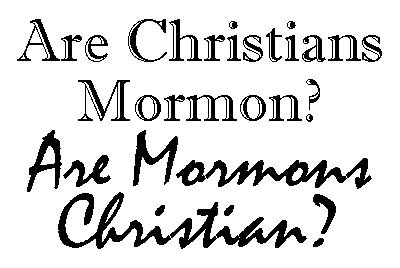 I've met, and am friends with a few Mormons, as well as a common acquaintance with many, online and off. (Topic aside, why are there so many Mormon bloggers?) I harbor no qualms with any of my fellow Mormons who reside on this Earth. What I am attempting to do with this article is explain that a Mormon is not a Christian and a Christian is not a Mormon. I'm not trying to start any major religious debate or anything, just assert that Mormons are Mormons and Christians are Christians, and the two are not the same. They are separate regions and should be treated as thus.

What spurs this post, you might ask? Well, I have met many a person who lumps both Christian followers and Mormons together. In recent discussions, many atheists, Hindus, and even some Mormons and Christians have the erroneous idea that a Mormon is a Christian and a Christian is a Mormon. This assumption is simply not true; the two religions are not synonymous. Christians and Mormons do not hold to the same creed or religious belief systems and their foundational tenets differ widely.  For example, you must be a Mormon to enter certain parts of the temple. A Christian would not be permitted to enter. Their are also many other doctrinal differences, as follow:

The Basic Tenets of the Mormon Faith 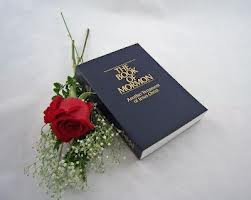 This list is, of course, not exhaustive, nor can I cover all the many different interpretations of the Book of Mormon or the Bible. I tried to touch on the main tenets that a Mormon or Christian would believe in, and show how they are, in fact, very different.