My husband and I have been married for just over a year now! Isn't that exciting? I've definitely learned a lot in this year. One thing I've learned (and knew, before marriage) is that communication is extremely important. But after marriage, I've re-learned that communication isn't just important, it's crucial! Without it, hilarious and amazing misunderstandings abound! One person says something, and then the other person totally does not understand the premise or even the words, causing the message to be totally twisted and misinterpreted. If you are in any sort of relationship, I'm sure you can relate. 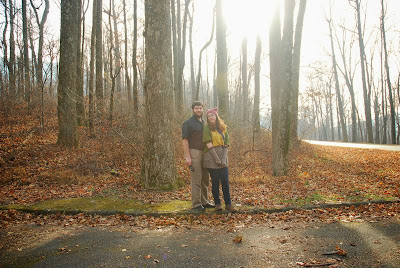 (I won't get into my personality complex of always wanting to look better then average to my husband...haha).

There are other words, and other stories. My favorite is when my husband and I were sitting in the target parking lot last summer, just chilling, and suddenly he turned to his left and said "wooooahhh, look at that! How hot, I want one." And I turned to look and saw a very scantily-clad female in a tube top and daisy duke shorts out the window. I immediately was flabbergasted, because my husband has never mentioned the garments or hotness of anyone in my presence before. Ever. After griping at him for about five minutes, he finally lets me know he was talking about the car in the parking space next to us (it was a custom Corvette) and he hadn't even see the girl in the backseat. Then I felt bad. I don't know a Corvette from a Jaguar, and the idea that my husband would be looking at a car just never crossed my mind. Because, why look at cars? How boring.

I think most of our arguments on my end have to do with me expecting the worst out of poor Mr. Adventure, who never, of course, ends up deserving that kind of mental placement. Now I try to think the best of him. It's something he's taught me, because he never thinks the worst of me. It's really refreshing to be trusted, and I want to give him the same kind of trust! I should have asked "what are you talking about"? when he said he'd wanted something instead of automatically thinking he was talking about another girl. Because I should know Mr. Adventure would never talk about another female much less drool over one with his wife in the car right next to him! Hah! 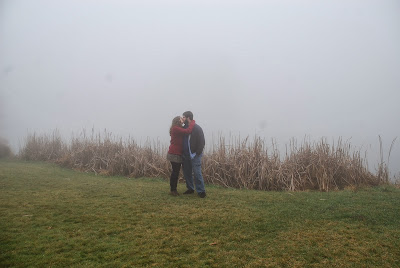 So, our biggest fight? I don't think we've had one. Most of our disagreements are resolved quickly, as we both backpedal and try to describe the emotions behind our behavior and define our terms. I've never been upset with him for more then a few hours. He is my best friend. I try to live every moment like it might be our last. I try to remember that Mr. Adventure loves me, and he would never intentionally try to hurt me. This helps me stay rational and calm and, most all, listen to whatever it is he has to say when I've misunderstood him. So, while we have not ever had a big fight (we have never yelled at each other) we have had some issues that keep cropping up. For one, Mr. Adventure really dislikes it when I move or otherwise "rearrange" his things. I'm not talking about things we both use, but things that only he uses that don't apply to me at all. I just do it without thinking, tidy something here, put tools where I think all his tools go (wherein, I find out later, those were outside tools and the others were computer tools, or electrician tools and now I've mixed them all)

Then his things get lost. And how am I supposed to know where I put his sciencey doohickey with attachable nubs? And what did I do with the charger? And did I know that those kinds of computer chips have to stacked this way, or they can break? Opps.

He understands I like to tidy things, but I also need to understand that I don't know much about his things. It took awhile for me to realize this, because I like my house clean and organized and sometimes didn't view his way a "clean" or "organized". I still forget and move his stuff. (I'm sorry dear).

While both of our hearts are genuine in this matter, (I want a clean house for my husband whereas he just wants to be able to know where his things are) we both have to work together to realize this in our abode. We still work on this today!

What about you? Any funny marriage misunderstandings or amusing fights?