So, you all know those people-- those "health conscious" individuals who won't eat at McDonalds, and avoid food containing dyes and other processed ingredients? They can be slightly annoying, can't they, when you are on a road trip and have to stop at Panera instead of simply running though the Taco Bell drive-through, all because they refuse to eat fast food. I mean, the nerve of making you park, and then wait an extra 30 minutes just to satiate their weird food lifestyle and/or moral feelings about what they put in their bodies.

Well, compared to me those people are tame. Because I take the whole "going green" thing, like, uh, really far. To put it simply, I'm a fanatic. On a scale from 1-10 I would be a 15. In other words, if your mom was a vegetarian, I'd be that weird kid that would point out that the white sugar they used in their french cupcakes actually can include bone char, and therefore is not really vegetarian. Yes, I'm that girl.

For starters, being "health conscious," to me, is so much more then just eating healthy. It's about the food preparation as much as the food itself.

For example, I will not use a microwave. 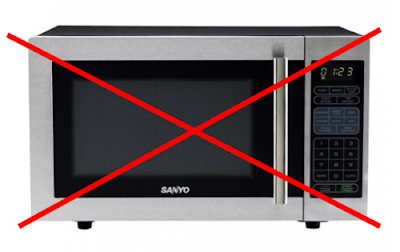 What, you ask, is wrong with a microwave? I mean, its basically God's gift to hipsters. How else would they heat their vegan gluten free burrito from Fresh Market?

Before you go all crazy on me, let me explain to you why I don't use a microwave.
So yeah, no microwaves for me. And yes, before you ask, I do know how a microwave works. But did you know that it leaks radiation? This article raised my microwave awareness--I'll just link to it, because she explains everything and sites her sources perfectly. Anyway my husband still uses the microwave, it's just me who won't. I might be crazy. But its something I feel strongly about. 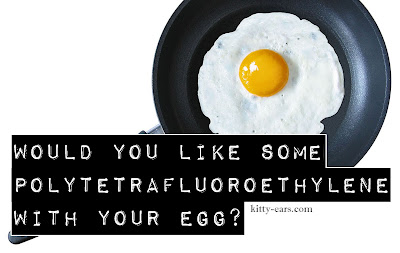 I also don't use non-stick pans. Why? Well, because that awesome non-stick layer is made up of nasty chemicals. And if you so much as scratch it, those chemicals start leeching into your food. Check out these links for more information: One Two Three. Once again, I'll take scrubbing my surgical stainless steel pan an extra 30 seconds to potentially ingesting chemicals with every meal.

I also won't buy things made in china. No, I'm not racist. Or whatever the term is. I just don't like their culinary laws. Did you know that glazed items made in china contain led and other harmful chemicals? It's true! Unlike the US and Germany, there is no law banning the use of lead glaze on cookware in China. So I just avoid buying anything from that foreign country, and stick instead to buying my food and food preparation items from the USA or from Germany. (Links on lead in cookware: one two three) (Links on lead in other Chinese products: one two three)

What kinds of things do you do to stay green? I was shocked when I found out about all the metals and stuff in my dishes and other utensils. How do you feel? It's okay not to care, I mean, its your body. (but I'll secretly think your crazy). My husband thinks I'm crazy too, so don't worry.