What We Spend In A Month

I am enjoying taking a hard look at our budget and sharing it with you all. This is month three! I finally got all the bank and credit card statements printed off for March 17 - April 16th 2016, color-coded them, and tallied them up.

So, to recap, from Jan-Feb we spent roughly $2,500, and February we averaged much closer to our goal of $2,000 by spending around $2,100. This month we went way over budget and spent $3,000--but we also bought a grochery share and had to pay up front for 19 weeks of groceries and duck eggs. However, the share SHOULD lower our bills for the next four months in the food category--it just had to be paid up front.

So, what did the Markey family buy for an entire month in America? 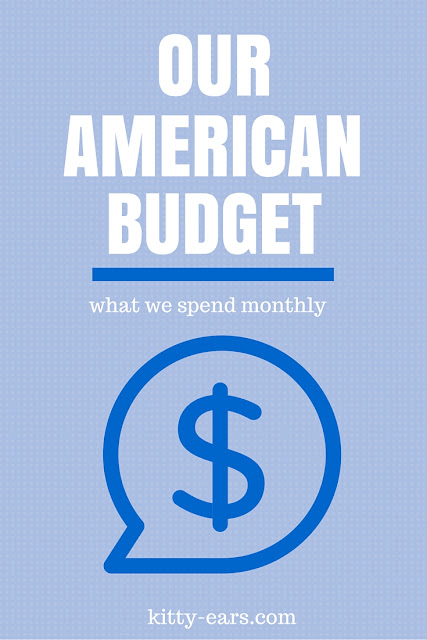 Bills are fixed points on our budget. Our YMCA bill did go up due to adding me and the squish.

Target. What did we buy? We bought a floaty for Reuben in the pool as well as a second bathing suit so that he has two (one is always in the wash, we swim a lot) and also wipes and disposable diapers. I didn't use cloth diapers for this month!

Food (1890.5)
Our food budget was completely blown this month. We spent more than last month in each category! Now, the grochery share we purchased from Great Day Gardens was $500, and includes a bag of farm fresh veggies and 12 duck eggs each week. It started on the first weekend of March, and I hope it brings us lower bills next month, but who knows. We also ate out a lot--but did have a celebratory date night sans baby at our favorite restaurant where I got very tipsy. So worth it. It was our second night out without baby, (the first time was my high school reunion, so no tipsy happening there). We try to focus on $100 for eating out a month, that gives us one good out-to-eat per week, including tips and everything--this month it looks like we ate out twice a week.

My husband and I decided to lower the cash money I get every other week to $25 a week, so I get $50 a month in cash now. I spent it on an Adobe program this week (you pay monthly, it's called creative cloud) and bought Indesign. I use Indesign to create my PDFs for my knitting/crochet patterns. Other then that, I spent $224-- mostly on amazon buying paleo cookbooks and two new nursing bras and other paleo products, and I also printed off some pictures of Reuben to have as hard copies and to mail out to family for his 1 year birthday in July.

According to our statements, the husband spent $229. It looks like he also made an amazon order and well as bought a game from Steam, and also parts to change his oil and work on his car.

Reuben had a wellness check at his pediatrician (he's doing great!) and Brian also visited the doctors once, making medical costs $90.02 this month.

--------------
Every month we try so hard to stick to $2,000 only--but it is harder than it sounds. Not included in this budget is our family health insurance or car/home insurance (I think we pay annually for that) or any taxes we paid, or how much we tithe.

My goal in posting this is to show what an average family might spend in America per month. I am sure that it widely differs, but this is our budget. I would like to note that even when we exceed our budget we still have not spent more than we earned, but we came pretty close this month. Our goal is to get our budget tightly controlled and spend no more than 2,000 a month baring an emergency so that we can save money. What's your budget like?