I've made Reuben some quick bibs. This kid drools like it's his job! I mean, I can't fault him, because he's teething and he's a mouth breather, so drool is just a daily part of his existence. But I needed some bibs that were more absorbent than your run of the mill department store bibs. After looking around Etsy and finding nothing, I whipped up a few of my own. 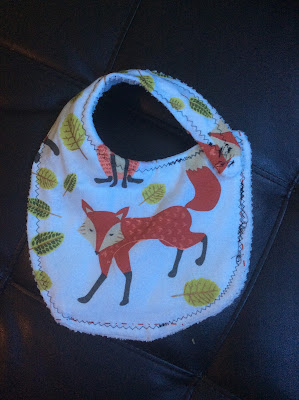 They are easy to make, I just used a bib he already owned as a pattern and hand-sewed a snap on. Snaps are the only thing he can't take off. Yet. I'm sure he will learn soon, and I don't know what I'll do then. Double layer shirts? 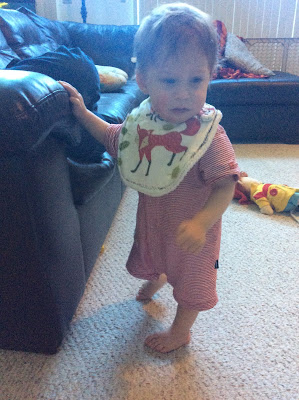 Anyway, these bibs have two layers of terry cloth (an old towel, honestly) on the back and one layer of cute cotton print on the front.

They last me about 2 hours with my son--unlike the one-layer kind I see everywhere that lasts like 30 seconds with him--as he either yanks it off or proceeds to mimic a waterfall at peak monsoon season.

I'm just happy to have something that works!