As I write this my hands are shaking with excitement and fear, and perhaps a little bit of awe as well. As you might know, 9 months ago I had my third miscarriage. It honestly broke my heart, and I didn't know if I wanted to try again. Three times? How could I struggle through a forth only to be devastated with another loss? 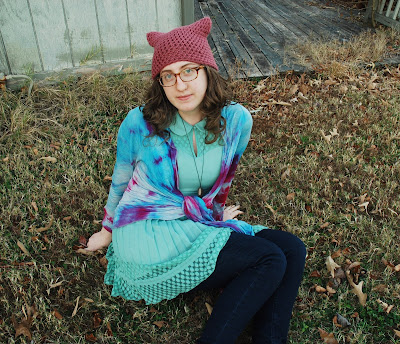 For the last three or so months we've been on and off trying, mostly hopeful, not putting to much thought into it--just going through the ebb and flow of life. I've been working on becoming healthy, healing my gut and making a home for my husband and I. Many days I've wondered if a baby would ever fill our space.

Five weeks ago I had a positive pregnancy test. Followed by swollen boobs and a lymph node that has decided it does not want to behave normally but instead freak out because, pregnancy hormones. I've also been SO HUNGRY and SO SLEEPY. Also, fat. I've been feeling fat. But that's another story.

Two weeks after I found out I was hit by...nausea. Yes. Crippling nausea. I didn't shower for a week.I didn't really do anything, uh, but complain on twitter and eat take out my husband picked up. And I stopped being hungry. I stopped being anything but nauseous all the time. Yes, all the time. And I'm not trying to complain, because yes I am happy. but woah. Pregnancy is not like what I thought it would be. At all.

Pregnancy: where looking at a picture of food can make you sick #nopinterestforme
— Carolynn (@moonofsilver) November 26, 2014

But yes. I'm pregnant. and hopeful. and scared. This is my forth pregnancy. I want to keep it. I love this little bean even through I can't even see it. And boy does it make me crazy, thinking in nine months (if my body works correctly) this little bean will be a big bean and will, somehow, without (or with?) my permission travel out of my body and into my arms.

I think the thing I'm worried about the most (besides losing the baby, again) is gaining weight. I've been working SO HARD to lose weight. I lost a lot in the last six months (20 pounds) and I don't want to find it again. I don't want to have to work hard like that even again. I don't want to look at myself in the mirror and feel depressed about my weight. I just want to keep it off. I'm trying to realize it's not a big deal. I will work hard again if I need to. And I'm still doing strength exercises (like yoga and pilates) to keep myself strong.  I've already noticed that even through I'm only 6 (7? how do they count this?) weeks along--I have gained a bit of weight.

I try not to let it get me down. But it does.

How is everyone else doing? If all goes well there will be a little Markey sometime in August. Even I'm beyond words.