Yes. I'm finally realized what's wrong with me. I'm an alien. Well, that's the way I feel. And the symptoms I'm experiencing do seem to suggest an otherworldly cause. Screw pregnancy, I've been infested with some body snatcher from mars. Don't believe me? Well, read my symptoms and then you will understand. 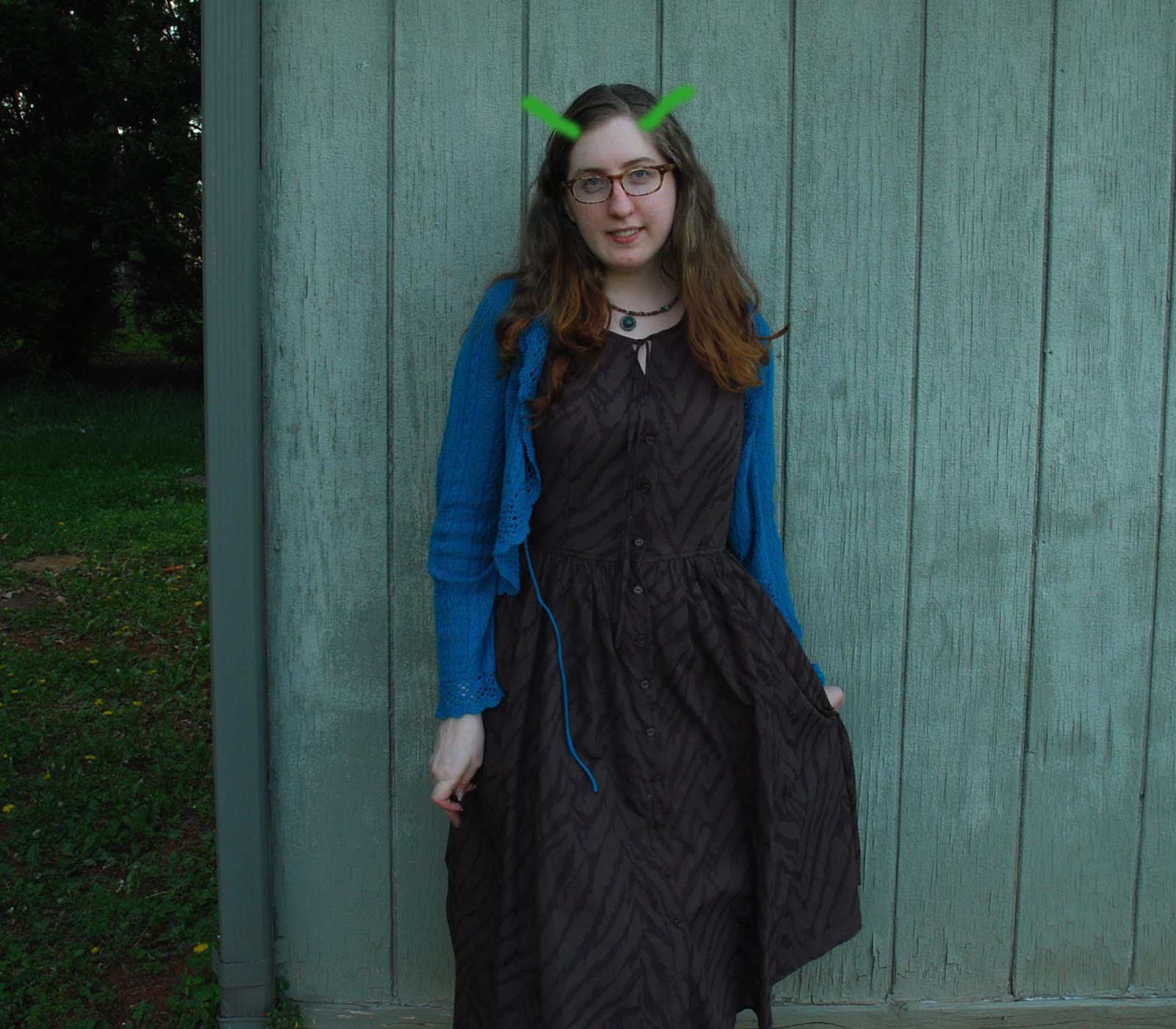 1) My proximity to humans compromises my internal stability. In other words, being kissed by my husband causes me to gag. Because he smells like skin. This never bothered me before. Also, I smell like skin. Why did I never notice this before? I can't put anything close to my face.

2) Goodbye every food I ever loved. The thought of eating humus makes me want to run and die somewhere. Just the thought of it, people. AND I LOVE HUMUS. I would cry on all my humus, but since I can't put it close to my face I'll have to morn from afar. How can I both miss humus but be completely disgusted by the thought of eating it? I even tried to google a picture of humus for this post, but had to stop. Even pictures betray me.

3) All sense of organization in my life is gone. I don't know where organized Carolynn is, with her two videos a week and ability to wear something that is not pajamas, but she's gone. Today I finally felt well enough to sweep the bathroom floor. And boy did it need it; my husband cut his hair in there about two weeks ago and there was little pieces of hair everywhere. I still need to actually clean the bathroom, by the way. Maybe if I leave a trail of bacon to the cleaning closet my husband will magically get the memo.

4) I realize that other people have grown humans inside of them, but can I just say that I'm growing a human inside of me? WHAT??!?! Clearly, aliens.

5) I am no longer interested in leaving my house bubble place of cuddly warmth. Any attempt to tear me away and I'll start sobbing uncontrollably on my body pillow. Maybe it's because cars make me gag, even if I'm driving them. Or its probably the fact that I'd have to but a bra on, and I haven't worn one in like three weeks because not only are my boobs two sizes bigger, but they also feel like I've suddenly set them on fire if I attempt to restrain them in any conventional device. Yesterday I went to Taco Bell with my husband without a bra on. It was like people of Walmart but with tacos instead of cheep lawn chairs and hot sauce in place of isles of Christmas cards. I swear I'm trying to eat healthy, but yesterday was one of those "I have to eat SOMETHING" moments.

So. Yes. Aliens. If you excuse me I'm going to go make myself a salad with bacon and green olives on it before attempting to clean the other half of the bathroom.