I've thought about sharing this story for awhile but have not because I didn't know what purpose it would serve. I decided it would be good to share today for awareness sake. I never assumed this would happen to me. And, before you ask, this isn't a terrible horrible story, just an awkward one that shows something about society. Something I'd never encountered before.

So, one Friday my husband came home with tickets to a Virginia Tech game. As he was driving home he'd called into a radio show and won them! I was really excited--he graduated from Virginia Tech and I also had lived there for two years and worked on campus. They have an excellent football team and my husband had enjoyed going to their games when he attended campus. Tickets are usually $60 a person, and we were both trilled for the weekend getaway, even if I am not particularly fond of Football (but I love marching band). My husband also mentioned there was an amazing Creole restaurant in town that makes soup to die for, and that he would take me there after the game. I've never had Creole food, so this also piqued my interest. 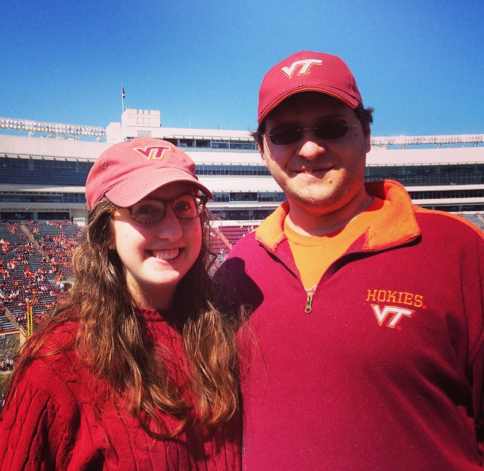 So, we get to the game. We survived a huge crowd. We spent $4 on one bottle of water. It was very noisy and my husband was very happy. The game starts and I quickly lose interest. My husband is standing up (most everyone is) but I'm sitting. And the guy next to me is drunk.

I didn't realize he was drunk until much later. He just sounded like he had a strange lisp.

He comments on the fact that I am wearing a sweater. I tell him with a smile it's because I don't want to get sunburned. I'd forgotten sunscreen. It was about 70 degrees out, but I wasn't that hot. He then comments again about the sweater. I suppose he can't hear me. I repeat what I said before. I start to think something is weird about him, but I can't place it.

He tells me I should take off my sweater. I'm confused, I tell him again about the sunscreen. I pull up my sweater arm to show him how pale my skin is. He throws an arm around me and leans into me and says something, I can't remember, because I feel sort of awkward about a strange man putting his arm around me. I'm very relieved as he removes his arm. Perhaps this is a football thing? I don't know.

He asks where I'm from, and we talk some. He tells me about his work and how his girlfriend just broke up with him and how sad he is and how his two friends (sitting on his left) brought him to the game to help him have a good time. I tell him about what I do. I start to relax, maybe he is just being friendly.

It's the second quarter now, my husband sits down during a break and introduces himself to the man and they talk a bit about VT and Hokies and Engineering. When my husband stands back up the guy throws his arm around me again and asks me why I don't have any keys. (something about waving your keys during a play?) I again feel stressed. Didn't I just introduce him to my husband? His arm is sliding up and down my side and I don't want him touching me anymore. It feels weird and I don't like it. 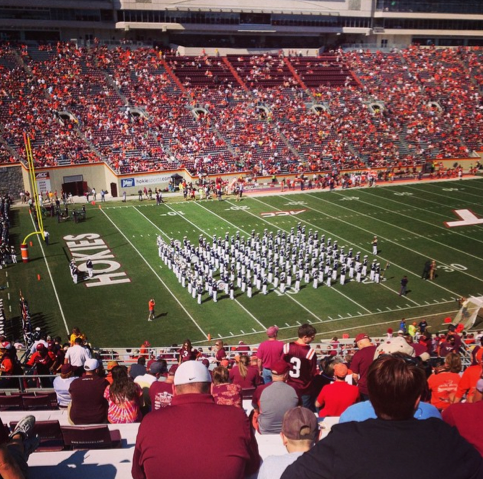 But I don't know what to do. It's then I notice he is drunk, and currently consuming alcohol from a flask as well. I'm immediately alarmed. But I still don't know how to correctly traverse this situation. I don't want to cause a scene. I don't want to be one of those girls who needs her husband to help her out. I also don't want to be rude. The guy puts his hand on my leg. I am ticked off.

I decide to pretend to be interested in football. I stand up. The guy stands up. He puts his arm around me again and grabs my boob. I freeze. He lets go. He turns to his friend. I don't know what to do and I wonder if that just happened? Did he stumble? Was it an accident?

I look at my husband but he is focused on the game. I feel really weird. Did I just get groped by a drunk men in a crowd of people while standing next to my husband? Why yes, I did. I don't know what to do and I find my confusion even more overwhelming. I mean, I hear stories about this happening to girls and always thought that if it ever happened to me I'd scream at the guy or lecture him on feminism or something. But this person is drunk. He'd probably just ignore me. I feel tense, anxious, and the fact that I feel this way annoys me.

So, I sit down, and lean away from the man and pull out my book. I think he got the picture.

At halftime when the guy left to go use the bathroom or whatever, I told my husband that the man was making me uncomfortable. My husband offered to switch seats with me. I felt...mortified. If I switched seats he would know me made me uncomfortable! For some reason the thought of that was worse then moving away.

Well, I'd tried to tell my husband this discretely, but it's loud at a football game and the guy's two friends heard me. They apologized for him and scooted over so he'd sit on the end and they would sit in the middle of us. I felt much better after that. He tried to talk to me a few more times but I ignored him.

I'm fine, I mean--just shocked. And that is really all to the story. Now I'm left to think over what I should have done or what I could have done. Mostly I just mull over why I felt required to be nice to a man who took advantage of me and grabbed my chest. I still don't know.