So, right after masks became mandatory in VA, George Floyd was murdered. It was awful. I still have no words.

But then the looting started. First Minnesota, now Atlanta.

I have not joined in on any of the debates. I've honestly been too scared of saying the wrong thing as a white woman. I'm very white. Not only did my ancestors probably own slaves (on my dads side?? my moms relations immigrated from Germany around world war one) we whites also completely destroyed the Native American culture. The face of America would look a lot different if Columbus had never "discovered" it, conquered it, and began the systematic destruction of the indigenous peoples.

This is a lot of space to hold. I have to acknowledge that can't make restitution for the people my ancestors hurt. I'm barely able to touch the surface of healing my own generational abuse and trauma, much less the magnitude that is slavery for Africans and theft of land and life from Native Americans. There is nothing I can do to make it better.

However, looting things is not the answer. (And I am not saying the protesters are the ones doing the looting. Many who are out there are showing how the BLM protesters are telling the looters to stop) But, how does rioting and looting bring justice to George? Korboi Balla, a black business owner, had his life's work destroyed during the looting. So yes, justice for George but also justice for Korboi. These looters and arsonists NEED to be apprehended.

I firmly believe that citizens should not take the law into their own hands. We are not heroes. Two white men killed Ahmaud Arbery while he was jogging. They took the law into their own hands, playing neighborhood vigilantes. They thought they were "saviors" or "heroes" and instead they are murderers. The rioters and looters are taking justice into their own hands, too. They are wrong. Vengeance is the Lords. Let the law work. I have not heard ONE person say George was not murdered. I mean, we have it on tape! Everyone is appalled. Yes, I know it should not have happened. But it did. The looting and rioting should not have happened either, but it did. It seems to me that someone is using the death of George to cause anarchy and strife.

I am appalled at the state I find our nation in. I am appalled, but not surprised. With the decline of education, and world with rampant child abuse that runs on the degradation of morals, fueled by the "if it feels good, do it" life foundation, what else can we expect? We are a nation divided into liberals and conservatives, who can no longer communicate and who have lost respect for all sides. We can't trust our media or even what we see posted by regular people anymore! Everything seems like a scam. Whatever happened to acceptance and tolerance? I see the Coexist bumper sticker everywhere, but guess what: we are utterly failing at coexisting. 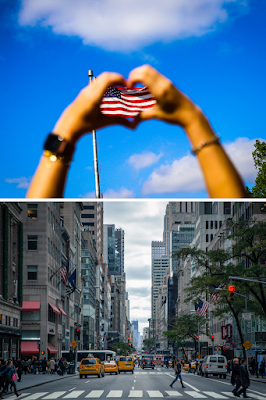 If you are a liberal, I see you. I love you. You have space to feel how you feel and your vote counts.

If you are a conservative, I see you. I love you. You have space to feel how you feel and your vote counts.

Let's make America UNITED again. Let's not fight anymore. We are getting nowhere. And let me be honest: the corrupt politicians and greedy "one percent" are THRILLED that we are at each other's throats and our focus is off them. THRILLED. Let's end the fighting and have civil conversations and treat each other like people and not emotional punching bags.

So, how? It starts small. It starts with our children. Raising kind children who offer kindness to others. Offering kindness ourselves as an example. Not abusing or neglecting our children so they have to raise themselves. Teaching them strong morals, teaching them to honor their elected officials and care about the country they live in. Most of all--teaching them that even if they don't agree with someone, that person still deserves respect. Ending the entitlement generation-- returning to our roots of hard work and gratitude. Glorifying the quiet life--instead of the rich and famous.

Repent and believe. Repentance is what we need, white or black, brown or cream. Nothing we humans can do can cover the racism and pain that people of color have dealt with across the world. No hashtag or protest can cleanse the welts from the backs of slaves. Our past is dirty and riddled with shame. But the love of God, and his nail scared hands...his blood is a beautiful picture of forgiveness in death. Only Jesus saves.

What do you think? I am bowing my knees in prayer. I am listening and I am here.