Two months paleo! Wow. Has it really been that long? Actually it doesn't feel that long at all.

Today I feel stellar. Really. It might be the spring weather, but my spirits are up and I'm smiling more often than not.

What did I do this month? I made paleo bread! And while it was very eggy, it was nice to have bread. I probably will not be repeating this recipe, however. Not that it wasn't good. It was just very expensive to buy all the ingredients and I still had to bake it.


I also made paleo cheese. It was amazing and delicious and for sure I will be making it once a month! I used this recipe. Noms. Just thinking about it makes my mouth water. My husband hated it, naturally. He thought it tasted like toe fungus. I laughed at him as I ate his entire serving. (NOMS!)


I also realized that the oyster sauce I bought to compliment a few meals has wheat in it. I've never chucked a condiment in the trash so fast. No wonder I've had a hard time with bloating still! Once I chucked it I noticed a huge improvement. It's funny what even the tiniest bit of gluten can do. But I can drastically see a difference. 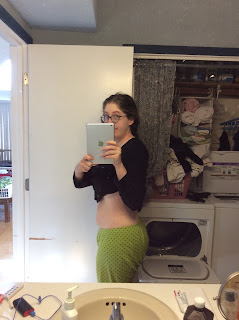 We've found like three paleo approved local restaurants and we visit one every weekend. Chipotles is compliant, as is Zoe's Kitchen and then a local place called the Health Nut. I love me some Chipotles, but I may have legit cried over the fact that I can't eat their guacamole due to Reuben's allergy. My salad bowl just isn't the same without it.

Another very interesting thing that happened is in regards to Mr. Adventure's stomach. Since we started paleo my husband has been getting horrible stomach pains that keep him up at night. They've been getting progressively worse, so bad that he actually went to the doctor. (Does anyone else notice their husband avoids the doctor like the plague??) They thought his body was producing too much acid so they gave him a inhibitor and took blood samples to check on other things.

When the blood tests came back negative (and his pain just got worse) they suggested he might have diverticulitis. (And it runs in his family) They told him to no longer eat nuts or beans. Honestly we've been eating lots of nut based things, and he's had whole nuts on his salad every day for lunch. It's been 4 or 5 days nut free for him and he feels so much better. Looks like a positive diagnosis to me, and if you are having any sort of stomach issues when switching to a paleo diet, definitely listen to your body. My body is thriving on this way of life, but Mr. Adventure needs more tweaking. 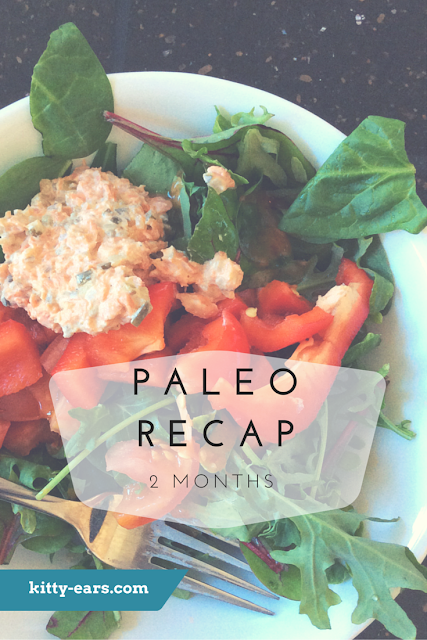