Today a friend asked me for advice--she's almost 20 weeks pregnant and due to have her honeymoon baby this winter, a few weeks after me.

I told her the usual stuff. You can't control birth, the best advice is to have no expectations, pray a lot and read as much as you can but be okay with just going with the flow because babies, even tiny ones, have strong wills sometimes.

And then I told her that the first year after having Reuben was probably the worst year of my life.

Many hours after that conversation I couldn't get my phrase "the worst year of my life" out of my head. Around and round it went as I nursed my now 2 year old to sleep. Was that first year really the worst in my life? I mean, I wanted a baby forever. And I am grateful. But that year was hard in so many ways, a grueling journey with sleepless nights struggling with a body that consistently failed me while trying to cope with postpartum with little to no support. I just remember hours of me desperately attempting to soothe a baby who cried all the time and crying a lot myself. 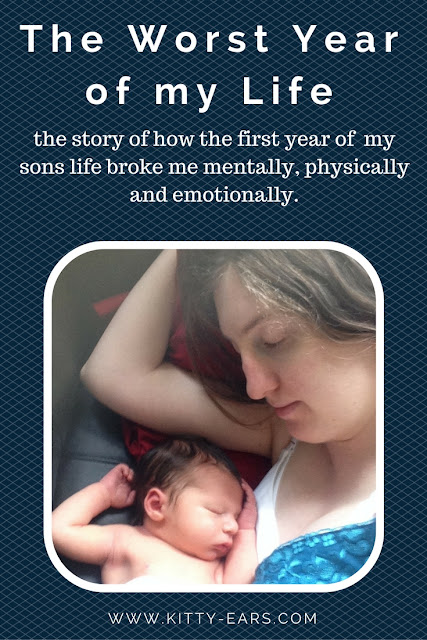 It really was one of the worst years of my life. And now as I look towards another birth I do so fearfully and much more prayerfully this time.

What made that year hard wasn't just one thing; it was a lot of large changes and little ones too, all back to back and compounded by the sleeplessness that newborns sometimes bring. I was in shock over the state of my body. For the first year, and even a little bit beyond, I could not have sex with my husband without sobbing in pain. It was awful. Even after the pain stopped I had to many times force myself to have sex just from the memories of the pain. Even without the pain my still-distended belly revolted me. I felt 0% sexy and horribly ugly--both feelings, I might add, that did not help my sex drive much either.

I also had very little support. My mom works full time, and my mother in law at that stage in our relationship would only tell me what to do in critical tones. Instead of helping, being around my mother in law caused me serious anxiety because she was so offended all the time. She would also come over and expect me to make her tea and serve her, when all I wanted to do was sleep.

My husband was also a new father and it took awhile for it to grow on him. During that year I remember he would leave me many nights alone with a baby and go up and play video games for hours on his computer--something we used to do before I gave birth, but after left me feeling isolated and forgotten. He also refused to get up with the baby at night, leaving me to take all the nightly wakings. 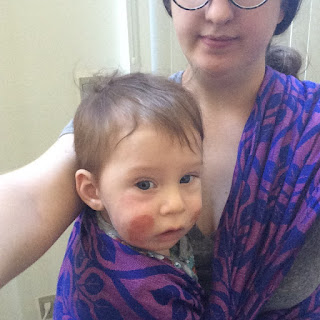 Reuben also was a difficult baby. I know now that he had some serious allergies he was working through, but he rarely slept, cried all the time, wanted to nurse every 45 minutes and was covered in excema. I felt like I failed him--I would get so touched out (I am not a touchy feeling person) from holding him 24/7 only to listen to him cry whenever I tried to put him down. Luckily we figured out his allergies (banana, avocado, pumpkin, soy, dairy, eggs...just to name a few) and by 15 months he was a totally different child.

Compound all the above with all the normal changes that a new baby brings: loss of personal freedom and time, dirty diapers and extra laundry, and that first year is not something I am looking forward to reliving. Of course, now I have a very understanding, very helpful husband. I have learned how to communicate better my needs. I still have hardly any extended family support, but that is not the fault of my hardworking single mother, or my mother in law. I am working through the difficulties in my intimate relationships and I feel much more positive about birth this time around. But I am praying for a baby that sleeps.

So, yes. Even after infertility, even after miscarriages--that first year was one of the hardest of my life. And I am coming to recognize it and deal with it, one day at a time.