How I overcame my Fear of Homeschooling

I knew I needed to home-school Reuben. I knew it was best for him and what he and I wanted. I knew that when he was born, intuitively, like it was etched upon my heart along with the curls of his hair as they placed him into my arms that first time.

But I didn't know anything about homeschooling. And I had a lot of insecurities, a lot of questions, and a lot of fear.

What if I couldn't do it? What if I ruined him academically? What if he grew up and hated homeschooling? What if it took all my time and I resented him, or it drove us apart? Suddenly, despite my high-school and college diploma, I felt utterly dull. What was I thinking, undertaking the education of one small boy--an education that would impact the rest of his life?

Sometimes it is easier to trust someone else. That way I could blame them if he "failed". Did he get a F on his report card? Must be the teacher. Or the school. Definitely not me, his mother. Nope, I am Not To Blame.

No. No matter where I sent him to school, his education would still be, at least in part, helped and aided by me. And if I sent him to school, I would have no say who he was around, how he learned, what he learned and what kind of foundation his education was built on. I want him to have a biblical foundation--that God created the world, that he has purpose in God, not a Darwin-centered or vocational centered education. I want him to know he is learning for the rest of his life, not to "get a job" one day, and that learning doesn't start and end at 8-3. 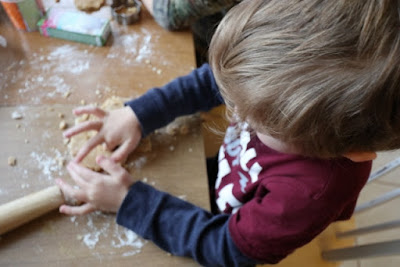 And, I kinda want to be there to see the light in his eyes when he "gets" something. I want to enjoy his first experiences reading, his first time writing in cursive. I want to be the one to talk him through a difficult subject or explore a new interest. I don't desire some teacher, with no time and 23 other students, to be the one to feed (or squish) the subjects he loves. I don't want him stuck sitting down when he might want to move, crammed in a desk when he might want to run.

Yet I felt horribly disqualified. I don't know anything. Or do I? You see, mainstream education has trained teachers that already know their subject to impart their knowledge to their classroom. I am not trained in every subject my son will learn. Sure, I have some education classes under my belt because I was an English ed major in college; but that was years ago. And the stuff they teach you about handling a class full of kids is not relevant to educating one child.

I once again am thinking of education as four walls and government run. Homeschooling, as long as I follow the laws of my state--can look like whatever I want. Whatever my kid needs. I keep forgetting that.

I don't have to know, right now, everything I need to teach my child.

I can learn with him.

We can learn together. 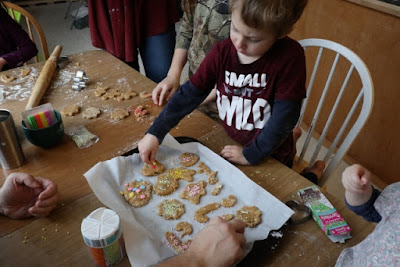 We can take it one year at a time. I don't have to think of the end picture--a competent 20-sometime man named Reuben and whatever-the-job he has, because that end picture might not even exist. I only have to think of the here and the now and what needs he has at four. I can do four. Five will come when it does and we will do five together. Six will come and go like the flash of lightening that is life. Seven. My boy, lord willing, will be seven and we will do math together at our kitchen table and if he cries I will tell him I used to hate math too, but lets find another way that works. Because there is a lot of ways to do math, but only one mother who wants to do it with him.

We can learn together and God will be enough. God is enough, for me and for him. And God gave me this boy, this wild running boy, to teach and to train, for the time he has allowed, and I won't squander it. I won't squander a bit of it.