Refrigerators and the Return of God

My heart leaped with joy.

This all has to do with a refrigerator, but we will get to that part later.

Last week, all in a row, I had a horrible few days. Becky wasn't sleeping. She, for some reason, was cutting four teeth at once. All on the top. All next to ear other. My husband's anxiety was sky high, he was working late again, and I was exhausted. My toddler also seemed cranky and was waking more at night, making my days a blur and my nights one long bleary-eyed baby and toddler rocking adventure. 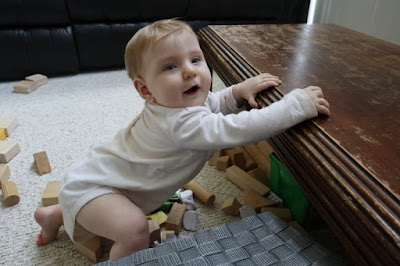 We are also desperately attempting potty training. Reuben is 4 months and 3 years old. Old enough to do his business on the white throne, I think. But he thinks different. We started potty training at 2 and he took to it quickly. He was pooping and peeing on the potty without me reminding him and requesting to go as his body prompted him. I was thrilled. Finally, something with him was going easy!

But then the train wreck that is pregnancy nausea hit me and I couldn't get off the recliner. I couldn't help him sit on the potty. I couldn't wipe him. Him asking to use the potty was an impossible, unattainable dream. So he asked for a few days but quit when I would blink nauseated at him from my curled up position on the furniture. I'll do it later, I thought. After this baby comes. It's not like he'll forget. It'll be okay.

So. We started potty training again when Becky was born and Reuben was almost 3. He wanted nothing to do with it. We backed off. I decided to wait until he was three—the golden age for potty training a boy at least according to the stories I hear first hand from local friends.

Well, 3 has come and gone and he does not want to use the potty. I have failed as a mother and he will be in diapers until he's 16, I am sure.

Anyway, this last week was bad. We had potty training woes, tantrums from everyone, anxiety with the husband, no sleep and lonely nights. 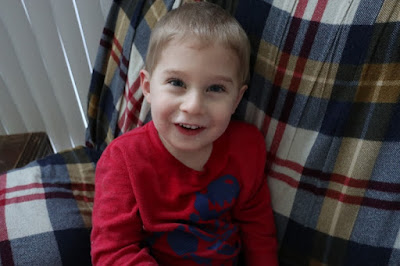 But one morning I heard these bells. It is strange, I didn't really know what to think. I heard them and my heart leaped within me. Jesus is coming back! I thought, and yes I really thought that, and I remember trembling in excitement for a full 10 seconds. The tinkling sound was light, ethereal, and unlike anything I'd ever heard before. I looked up and out, drawn to the noise.

It was at that point I realized the “ringing bell” sound I was hearing was just a glass plate vibrating against a bowl on top of my refrigerator. They were ever so lightly rubbing together creating the trilling bell sound that had captured my attention. My refrigerator had somehow become slightly off kilter causing it to shake slightly as it ran, vibrating the things I'd placed on top of it.

Jesus was not coming back. My refrigerator was playing tricks on me. I would have laughed at myself if I could have, but at the time I was too mortified to laugh. How awkward.

However, my bad day turned from worse to best. There is nothing like mistaking the return of Jesus to put ones own woes in perspective.

Now if only I could get my son to use the toilet, my life would be just perfect. At this point I think Becky will be potty trained before Reuben.