I'm still reading up a storm this year. I thought I'd only read 60 books (because in 2016 I only read a measly 50 and most of them in the last two months) but I'm over halfway through my goal and it's only March (when I'm writing this).

I read a lot in February. Not only was I recovering from the flu, I also started reading while nursing instead of mindless surfing Facebook. Yay, feeding my brain! 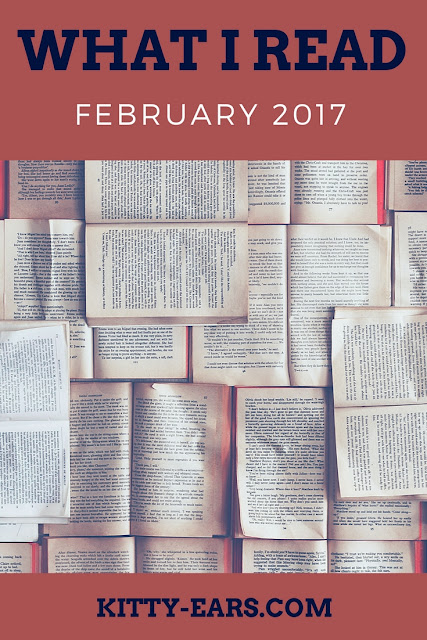 In the Meh Book Category:

I know a lot of people liked The Strange and Beautiful Sorrows of Ava Lavender, but I did not. (this review contains spoilers because I am angry) This book was just all over weird. And the ending! Horrible. First of all, we get too much information about her genealogy. I don't care a whit about those people. It's not enough prose to build affinity to the characters but it's too much background before "the real story" about Ava starts. And I was so angry with the ending. Basically the story ends with her getting sexually assaulted. That is it. That's the end of the book. She gets raped and her mom suddenly cares about her. Whhhhhhhhhhat?

Another book I really didn't like was Mirrorscape by Mike Wilks. This book is just straight up weird. It's like he was literally on drugs when he wrote it.

In the Yay Category:


I picked up the book Pregnant Pause by Han Nolan just because the title sounded funny. But Nolan is a phenomenal writer. It's like I fell into a teenager's brain! I loved this story. It was heartbreaking and amazing and I was rooting for  Eleanor and her little one the entire time. Ugh, this book was amazing. And I am not a fan of teenage pregnancy stories, not even a little. 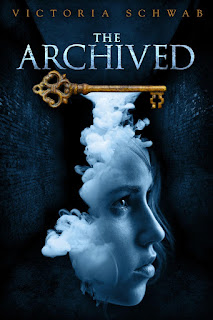 The next book that legitimately blew me out of the water was The Archived by Victoria Schwab. WOW. I loved the whole idea of the narrows, the archive, and the things they said about death. Basically when you die, a copy of your memories is kept in an archive. But sometimes the copies get out, and people have to deal with them. Just read it. It won't disappoint.

I also read Reckoning by Kerry Wilkinson. It's a new dystopian novel and you know I can't resist. It was really really good! But the second one was only a honorable mention, due to all the tropes. I had high hopes after devouring the first...

I read a lot of books that were neither horrible or great. They were good reads, but nothing to write home about. That's where I put these books: in the honorable mentions. First of all I read Angelica by Sharon Shin. She's one of my favorite authors, and I did really enjoy this book. But the very fluffy love story kind of turned me off. Also, I didn't realize this was the forth book in a series I haven't read. For some reason my library only carries this one in the series, and I can't get the others... 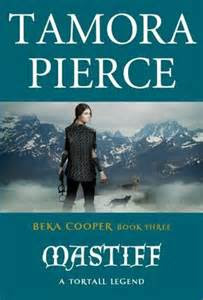 I also read Mastiff by Tamora Pierce. This almost went in the YAY category, but after further thoughts I put it here. It was a really good book, and a really good third book in the Beka Cooper story line. But I feel a bit betrayed by the ending. The supporting characters you meet in the first book are not even in this one--and I wanted to know what happened to them! But I did love Farmer. Oh, Farmer.

I also read Nest (by Ehrlich) , and the Secret Diary of Lydia Bennet (by Natasha Farrant). Nest was good, but a bit too sexual for me--its supposed to be a middle grade book. I think it would do well as a young adult book, but the themes just threw me for a loop since it's marketed to 11 year olds. The SDoLB was a good read. It's a spinoff that tells Lydia's side of the story. I loveee Jane Austin spin-offs. I don't know why but it's just so interesting. There definitely were some twists to the whole Lydia-runs-away with Wickham plot line. I liked it.

---So that is the main books I read in February, and what I thought about them. I read more, but didn't think them worth mentioning. You can see them on my Goodreads if you are interested!